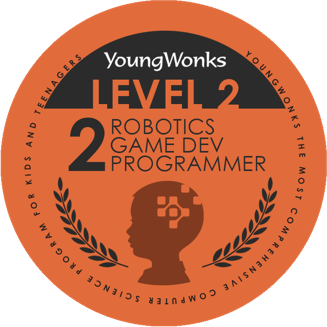 Attendees start by learning about charge, potential, current, electronics and more. This course teaches the use of breadboard for prototyping and the use of basic electronic components such as wires, resistors, LED’s, switches, capacitors, etc.

In this Raspberry Pi training course students learn how to connect, setup and program the Raspberry Pi. They are also introduced to Arduino and its use in certain types of projects.

Students apply the computer programming knowledge that they have gained in the prior level, Python Functional Programming course to work on many LED (light emitting diode) based projects where they use their own critical thinking to write the programs that will make the LED’s turn on in desired patterns.

After understanding the use of electronics and electrical components with the Raspberry Pi, students build robots out of acrylic sheets, 3D-Printed parts, cardboard and off the shelf electronics such as servo motors, stepper motors, etc. This robotics program for kids and teens is an engineering program where attendees solve real world engineering problems, work with real world electrical / electronics parts and do real computer programming using Python.

At YoungWonks, we do not use platforms such as Lego or Vex as the goal is to have our students build robots from scratch. This ensures that they experience real making, engineering and programming.

In the second step of this level students work on Game Development programming with Python. In this Game Development with Python course for kids and teens students use Python’s PyGame module to make an array of games such as Pong, Snake, etc. Some games are a core requirement and each student needs to make them. Students can also work on making additional games based on their own interests and imagination. All game development exercises and projects have been created with the main purpose of allowing students to use certain computer science concepts. Game development projects teach students how to write hundreds of lines of code and how to debug their code to get the desired result.

Completion of all projects and exercises under this level leads the student to Advanced Python.