Why Everyone Should Learn Coding

Six Reasons Why Kids and Teens Must Learn to Code

In an age where we can’t imagine a world without computers, there’s every reason to learn coding, now more than ever 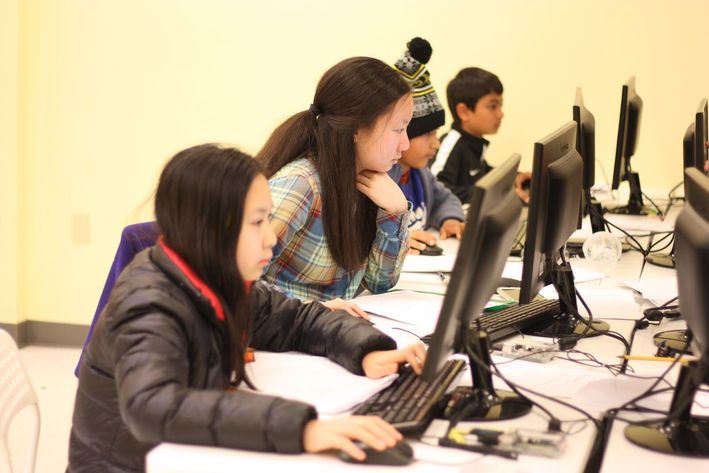 Why must kids and teens learn coding? The answer to it is that everyone, in fact, should learn how to code. “Everyone should learn how to program a computer, because it teaches you how to think.” These wise words were uttered by none other than the late Steve Jobs. And he couldn’t be more right. With rapidly advancing technology, learning to code is being increasingly recognized as the new literacy. Setting up future generations to succeed in a technologically advanced world means programming/coding has become a necessary part of formal education for kids and teens.

In a 2014 interview to IBTimes UK, Linda Liukas, founder of the Rails Girls coding organization, pointed out how coding would only assume more significance in the years to come. “I don’t think everyone will be a coder, but the ability to speak and structure your thinking in a way a computer understands it will be one of the core future skills, whatever your field,” she said.

Indeed, early exposure to computer science and computer programming is known to aid kids in developing strong critical thinking skills, which in turn help them in all areas of life. After-school coding classes such as the ones offered by YoungWonks help students achieve their potential by pursuing excellence in robotics and programming skills.

Here’s looking at the many benefits of learning coding:

Computational thinking is one of the biggest takeaways of learning coding; this approach basically entails breaking down complex problems into more manageable bits. For instance, smaller steps allow coders to cut away excesses, repair technological errors and become innovative with their approach to problem solving. In short, coding - and thus computational skills - encourages one’s critical thinking and problem solving skills.

Programming can be technologically challenging, but making mistakes is part of the learning process as it is equips one to better tackle errors and push ahead with solutions to real world problems. Learning to code then teaches kids and teens to not be afraid to make mistakes but instead to learn and build on them.

Coding or programming is akin to basic literacy in the digital age; especially given how our reliance on technology is only going to go up. Thanks to warp speed technology and the resulting innovation we are witnessing today, dependence on technology is sure to increase exponentially. In the present day, knowing how to code will arm kids and teens with much sought after skills, thus giving them an easy advantage over their less technologically advanced peers, including when it comes to college admissions, scholarships and other academic endeavors.

Coding paves the way to a bright career as typically job opportunities abound for those in STEM (Science, Technology, Engineering and Mathematics). Lucrative six figure salaries are the norm today for those who can code well; this mainly because the demand for technology talent far outstrips the supply. This trend is projected to only skyrocket in the near future. Millions of tech jobs are left unfilled simply because there are not enough advance skilled coders in the job market. It is said that by the year 2020, there will be 1.4 million computing jobs available but there will be only 400,000 computer science students available. Even now, around 60 percent of STEM jobs are computing (computer science / computer programming) jobs. Learning to code will prepare kids and teens to become eligible for such plum jobs in the future.

Ideas are a dime a dozen in the Silicon Valley and also in tech hubs around the world. But making the idea count is what matters in the end. An idea is worthless without an app to give it life. Learning to code then will equip teens and kids with the necessary technological skills which will in turn help them become successful entrepreneurs. Learning to code will help kids and teens bridge the gap between an idea and its implementation.

There are many misconceptions about coding. It is neither tedious nor boring when taught right i.e. with a hands-on approach. At YoungWonks, for instance, learning coding is a fun and enjoyable activity, just the way making art or music can be. Learning programming allows kids and teens to see in action the fruits of their labour, whether it is creating a high-tech game or a robot. So coding inspires kids and teens to channel their creativity, thereby spurring innovations in technology.