Getting Kids to Learn Coding

How can you get your children started in computer coding? 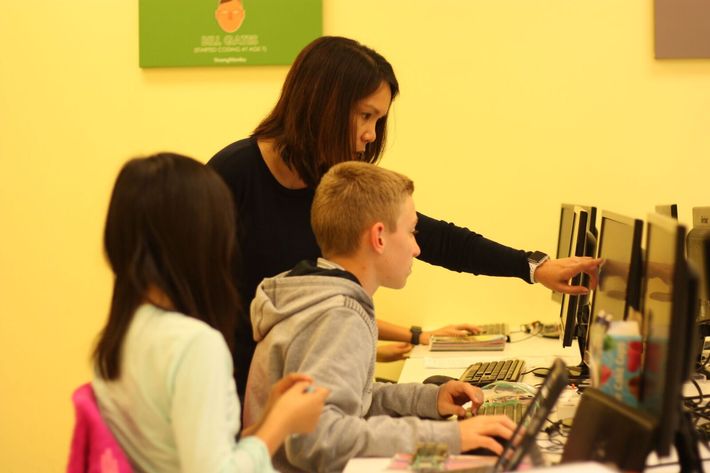 Getting children to code can be a tricky thing. Yes, you can tell them about the increasing demand for computing skill, but is that it? Is it the best way to get your kids started with coding? Given the ever-widening scope for computer programming - it’s said that by 2020 there will be 1.4 million computing jobs available but only 400,000 computer science students out there to fill these roles - it’s perhaps no wonder that a lot of parents are eager to have their kids learn coding and thus ensure a safe future. In fact, many are letting their children have an early start in coding by exposing them to the plethora of coding tools for kids that are available in the market today.

Many coding apps have been created specially for kids, including elementary school students. On one hand, there are apps such as Scratch Jr, which are hugely popular, and then there are apps like Daisy the Dinosaur, which are known for their ease of use. If this is not enough, there are several coding kits too, which are essentially electronic hardware kits meant for older children (middle and high school students). Young coding enthusiasts are known to find the littleBits Electronics Arduino Coding Kit quite helpful and the soon-to-be launched YoungWonks Raspberry Pi kit - which comes with an impressive DIY circuit - also shows a lot of promise. These kits typically include an instruction guide for a variety of playful projects that are said to be ideal for beginners.

The question then is how effective are coding apps and kits? Do coding toys helps kids? Will they help turn your son/ daughter into the next coding genius? In a 2016 interview to the website Live Science, Andrew Ko, a computing education researcher at the University of Washington, pointed out how there’s very little research that can throw light on this subject. To begin with, he stressed the need of kids knowing how to read or write before they could use coding toys or apps. He shared that such kids can learn the most basic building blocks of coding with toys.
Similarly, it is said that children aged 5 and above can use image-heavy kids’ coding tools or games. As they get older (read: ages 7 and up), they are supposed to be better equipped to use simple visual coding languages such as Scratch or Tynker. This could then lead them to building their own robots that carry out simple tasks.

The Right Coding Curriculum And Guidance

Kids learning coding, experts are quick to emphasise, are often in need of good guidance. This then is where after-school coding classes come in. Vishal Raina, founder and senior instructor at YoungWonks, says that while coding apps and kits make for good tools, merely owning them won’t translate into excellence in coding. “Yes, they can boost your confidence when you begin to learn coding but there’s little proof that a few hours of tinkering with a coding game will help you excel at coding later on,” he says. The problem, he explains, can be traced to the fact that more often than not, such kids do not have their basics in place. “YoungWonks’ after-school coding program will help the student build a strong foundation in coding. Parents need to realise that coding apps and kits are no more than props, which means that one still needs proper curriculum and guidance to know how to use them. At YoungWonks, we rely on a self-paced, enquiry-based style of learning where we encourage kids to use these props by employing analytical thinking. And that is one of the biggest takeaways,” says Raina.

So what are the musts for a good coding kit? It’s interesting to note that while there are several big coding kit makers in the market right now - Vex Robotics and Lego are two instances - they often don’t help as much as they should. “These kits belong to the mass-produced variety and essentially dissolve the fundamental engineering challenges that they should be encouraging students to take on. With these kits, most of the tasks are simplified and goals can be met with just drag and drop, which effectively doesn’t teach your kid much,” Raina reveals.

What kind of kits then must one look at? Raina recommends the YoungWonks Raspberry Pi kit for the actual learning it offers. “It is an ideal coding kit as it allows the student to build something on his/ her own using the kit’s basic components. These include materials such as cardboard, wood, 3D printed parts, electrical wires and other such hardware. Here, nothing is pre-made; you have to build it from scratch under the direction of a teacher/ instructor and therein lies your lesson,” he says. The YoungWonks Raspberry Pi kit also saves one the trouble of sourcing varied electronic components from different websites, as it provides everything in one package. Moreover, there’s the YoungWonks supplemental kit which offers access to different kinds of motors, servos, mounting hardware and the Robot Chassis. “So the student using this kit will have a piece of cut wood or acrylic and he/ she will have to write a program in order to make the servo work,” explains Raina.

Getting The Timing Right
Age-driven coding education is also an important factor that needs to be considered by the parents. An early exposure (ages 5 and above) is recommended as kids have good grasping power at that stage. This initial learning in coding also keeps them in good stead when they opt for Computer Science (CS) at a later age. It is well-known that many first-timers are put off in their introductory coding classes in college when they see that they are up against peers who have been familiar with Python and similar programming languages for years.

It’s imperative to know that coding can be learnt at any age. Raina says that even if the kid does not pursue coding as a profession in the future, learning coding - especially under the attention of a dedicated tutor - will only be beneficial to him/ her in the long run. And thanks to free, open-source programs such as Arduino as well as pocket-size computers such as Raspberry Pi, kids today can be taught to build their own robots and games. “When you have a curriculum, you get to work with concepts; think sequencing, looping and so on. And when you have a teacher mentoring you, the apps and toys now assume greater significance because now you can convert ideas into working projects. It’s like having a yoga mat; it’s of no use unless you know yoga. Similarly, just playing with a simple toy will not exactly go a long way in helping the kid learn coding, nor will it stimulate critical thinking and logical reasoning,” he says.

Initiating kids into coding then doesn’t just rely on parents investing in good coding tools. It is equally (if not more) important that they (parents) offer their children exposure to an environment that can suitably harness their talents.