This blog is an introduction to the concept of waves in physics, right from what they mean to the different kinds of waves

Where we look at the broader meaning of the term waves and it doesn’t just refer to the motions of the hand or the wall of water crashing on the beach... 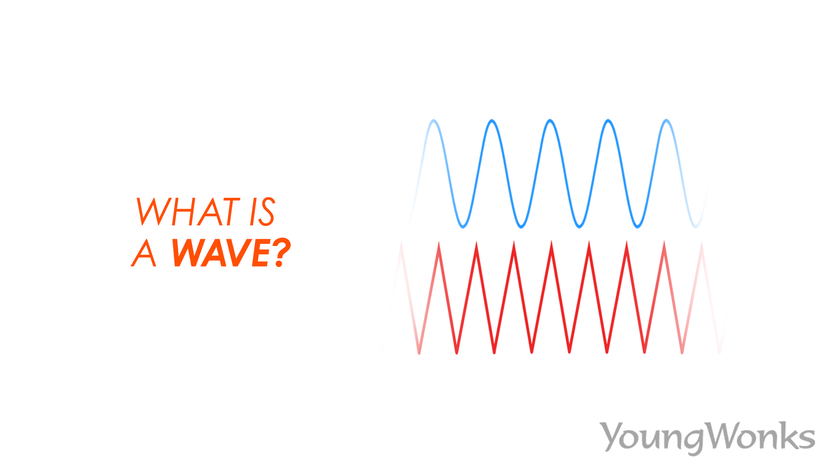 What is a wave? Typically, in the non-physics sense, the word wave refers to someone moving their hand back and forth to say hello or to refer to a curling wall of water hurtling in from the ocean to crash on the beach.

What is a Wave?

In physics, a wave is a disturbance that travels through space and matter transferring energy from one place to another. It is important to note that waves transfer energy, not necessarily matter.

Instances and types of waves

So what are some instances of waves in our everyday lives? Let’s look at some examples: There is, of course, the wave of the hand. Other instances include ripples in water, sound waves that are created when a musical instrument is played - say a flute is played, a string is being pulled, or a drum is slapped. These are mechanical waves as they need a medium to travel across. It means that they require some matter to travel through. These waves travel when molecules in the medium collide with each other thus passing on energy.

So as seen in the above instances, sound waves are mechanical waves that move through matter (either through air, liquids, or solids) and then vibrate our eardrums so we can hear. However, these waves can not travel through a vacuum. You can drop a rock into a pond and see waves form in the water. Similarly, waves traveling through a spring are mechanical waves. In both these cases, water is the medium for the waves. Another instance of mechanical waves would be the seismic waves generated during earthquakes, as they travel through the earth as a medium.

But not all waves need a medium to get through. Such waves, called electromagnetic waves, can travel through a vacuum (empty space). They travel through electrical and magnetic fields that are generated by charged particles. Examples of electromagnetic waves include light, microwaves, radio waves, and X-rays. Light is a special kind of wave that is made up of photons. We even use waves (microwaves) to cook our food really fast.

Thus we see that all waves can be categorized as either mechanical or electromagnetic. This the most common classification of waves in physics. It is important to note that many of these waves cannot be seen; examples include microwaves and radio waves.

Now let’s take a closer look at both mechanical and electromagnetic waves.

A mechanical wave is a wave that is an oscillation of matter, and thus moves/ transfers energy through a medium. Waves can travel across long distances, but the movement of the medium of transmission—the material—is limited. So the oscillating material does not go far from its prior equilibrium position. Mechanical waves transport energy. This energy moves in the same direction as the wave.

It is important to note that all kinds of waves (mechanical or electromagnetic) have a certain energy. Mechanical waves can be generated only in media that have elasticity and inertia.

A mechanical wave needs some kind of initial energy input. Once this initial energy is added, the wave moves through the medium until all its energy is transported. In the case of electromagnetic waves, no medium is required for the energy to travel across. As mentioned earlier, common examples of mechanical waves are water waves, sound waves and seismic waves. 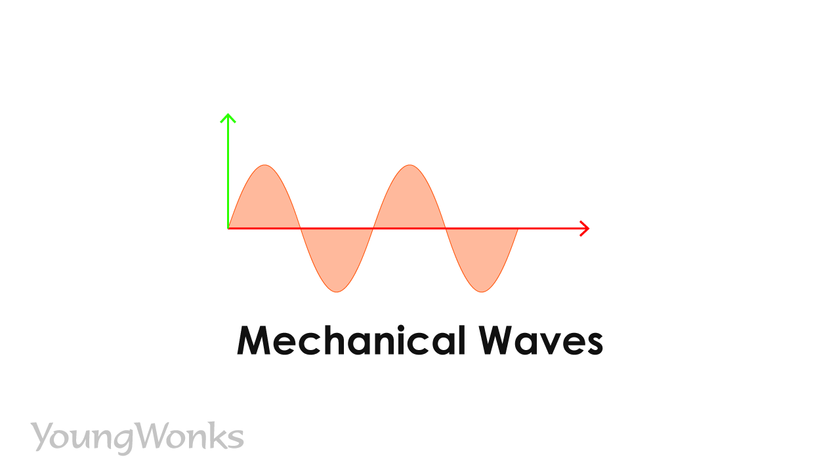 Transverse waves are mechanical waves where particles of the medium vibrate about their mean position perpendicular to the direction of motion of the waves. For instance, when you move one end of a Slinky (while the other end is fixed) to the left-and-right of the Slinky, as opposed to to-and-fro. 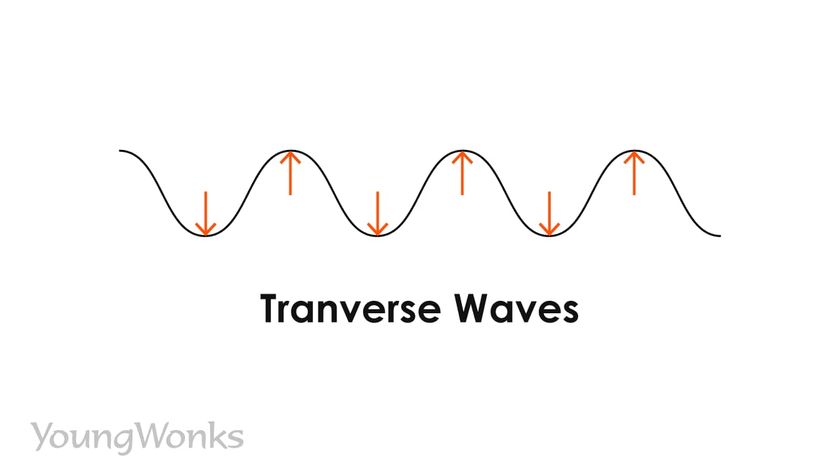 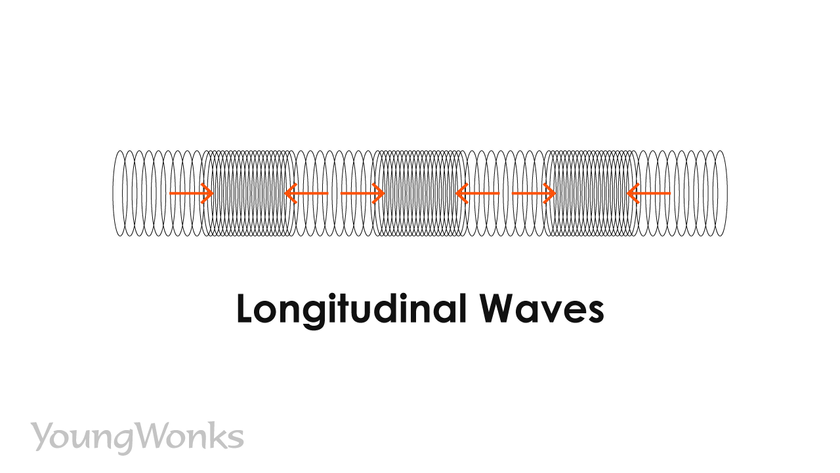 Surface waves are mechanical waves that travel along the surface or interface between two media. An example of a surface wave would be waves in a pool, or in an ocean, lake, or any other type of water body. 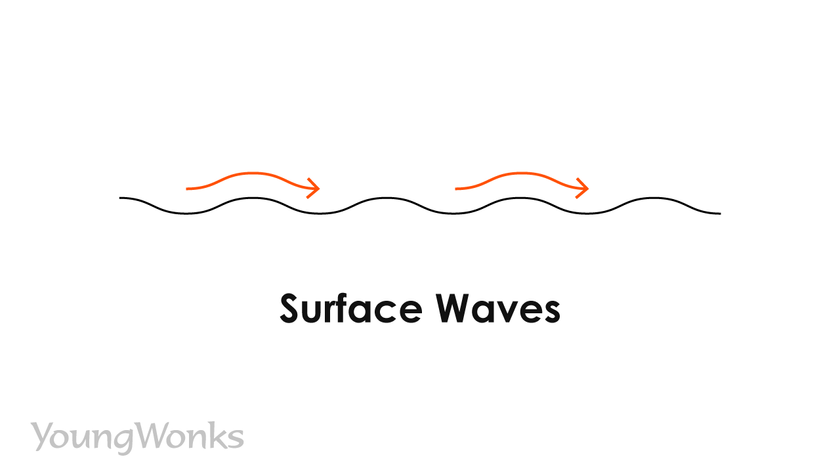 Electromagnetic waves can have different frequencies and such waves are typically known by different names as they have different sources and different effects on matter. In order of increasing frequency and decreasing wavelength these are: radio waves, microwaves, infrared radiation, visible light, ultraviolet radiation, X-rays and gamma rays.

These electromagnetic waves are emitted by electrically charged particles undergoing acceleration, and subsequently, the waves can interact with other charged particles, thereby exerting a force on them. Bear in mind that electromagnetic waves transfer energy, momentum and angular momentum away from their source particle and can impart those quantities to matter with which they interact.

Electromagnetic radiation (EMR) thus is associated with those electromagnetic waves that are free to propagate themselves (or “radiate”) without the continuing influence of the moving charges that generated them, because they have achieved sufficient distance from those charges. Thus, EMR is sometimes referred to as the far field. In simpler terms, EMR consists of electromagnetic waves, which are basically synchronized oscillations of electric and magnetic fields. 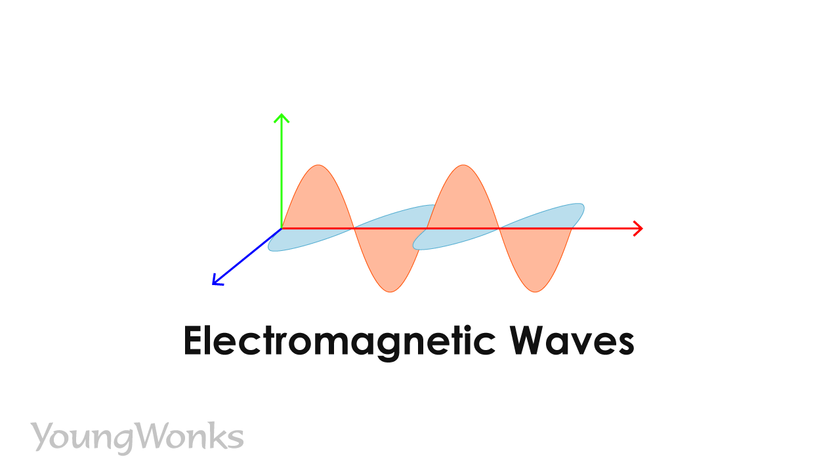 The effects of electromagnetic waves upon chemical compounds and biological organisms depends upon the radiation’s power and its frequency. Electromagnetic waves of visible or lower frequencies (i.e., visible light, infrared, microwaves, and radio waves) produce what is called non-ionizing radiation, because here the photons individually do not have enough energy to ionize atoms or molecules or break chemical bonds. The effects of such waves on chemical systems and living tissue are brought about mainly by heating effects from the combined energy transfer of many photons.

But in the case of high frequency electromagnetic waves such as ultraviolet, X-rays and gamma rays, the resulting radiation is called ionizing radiation, where individual photons of such high frequency have enough energy to ionize molecules or break chemical bonds. These radiations have the ability to create chemical reactions and damage living cells in a way that goes beyond simple heating, and thus they can be treated as health hazards.

In our subsequent blogs, we shall take a closer look at both mechanical and electromagnetic waves and their various uses in our lives.