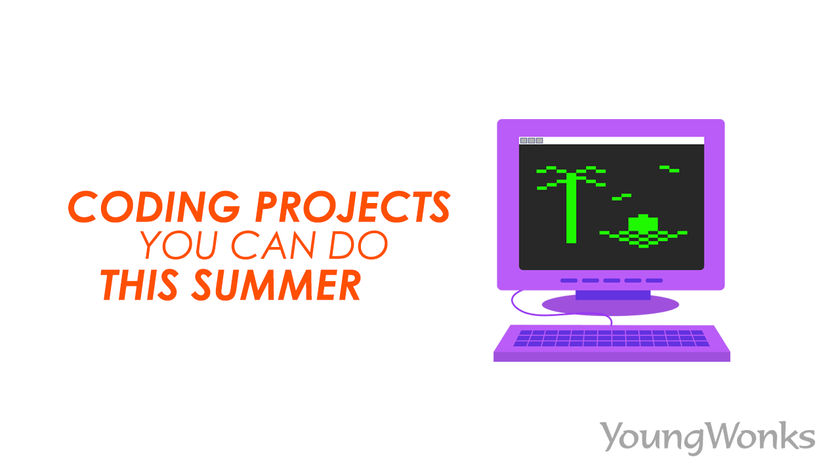 With summer underway, this is a good time for children to devote their energies to interesting STEM projects. And given the popularity of the Raspberry Pi - a series of small single-board computers developed by the Raspberry Pi Foundation to promote the teaching of basic computer science in schools - it is befitting that we bring you some fascinating Raspberry Pi projects that kids can code and build for themselves this summer.

1. Building a joystick to play a game

Before we look at this project, let’s talk about the joystick. A joystick is essentially an input device comprising a stick that pivots on a base and communicates its angle or direction to the device it is controlling. Not only are they used in aircraft, but they are typically also found in video games where they are used to control movements. So in a video game, a joystick is basically a gaming controller, a handheld device that is used to play video games.

Coming back to summer coding projects, this project then entails building your own joystick using a Raspberry Pi and a few push buttons. You can use these buttons to control your game character while moving in four different directions (north, south, east and west). This is a simple project and it should take less than an hour to finish.

As the name suggests, the above project is about controlling - or turning on and off - LEDs using Flask. An LED or a light-emitting diode is basically a semiconductor light source that emits light when a current flows through it. Flask, on the other hand, is a micro web framework written in the programming language Python.

For this project, you need a Raspberry Pi and some LEDs. You can create a simple webpage using HTML and also make two buttons on it that can be used for switching the LED on and off and for creating different sets/ patterns of LEDs by pairing them accordingly. Using the Flask server, one can communicate with the Raspberry Pi and thus control the LEDs. You need to make sure that the Flask library has been installed for this project. This can be done with a simple Pip install flask command, either on the terminal for a Mac or the command line for a Windows PC. The hardware connections for this project include standard LED connections that we see in LED projects done with a Raspberry Pi. This is an intermediate level project and should take two to four hours to complete.

Another interesting summer coding project would be one where one can build a configurable musical instrument using the Raspberry Pi and a touch-sensing hat from Adafruit. It is a fun project where kids can configure and trigger sounds from any conducting object. You can download your own sound files and create your own custom instrument. This project can be extended/ bettered in many ways. One can channel one’s creativity and create a nice box / outer case for the instrument. One can also have sensors aligned on the sides of the box. Or you can come up with a different GUI (Graphical User Interface, a form of user interface that lets users interact with electronic devices through graphical icons and visual indicators) using PyGame or Tkinter. This project should take 6 to 8 hours. On the hardware front, you will need a Raspberry Pi, an SD card and a power source. Once the Raspberry Pi is up and running, you’ll need the touch-sensing hat from Adafruit (or any other hardware company). Also needed are alligator clips to connect the touch-sensing hat to your triggering objects (that one will use to trigger sounds). For the software, you’ll require the Adafruit library to program the touch-sensors and in addition to this, you shall need a few sound files since these will be the sounds that will be played by the configured musical instrument.

A universal language translator is one that can translate words in any language into another language of one’s choice. How does one go about building such a translator? For starters, one will need a Raspberry Pi and a USB or a wireless microphone. On the software front, one will need the speech recognition library and any Python translating library. Here we have used the Google Translate library but you can use any other translating library as well. This is an intermediate level project and should take less than two hours to complete.