Flipped Classroom and Its Impact on Learning 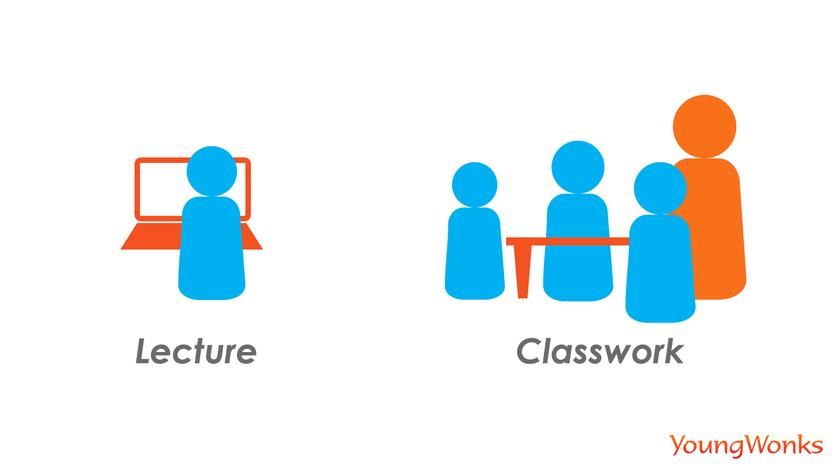 What is a Flipped Classroom?

To put it simply, as the name suggests, a flipped classroom is a classroom that flips traditional teaching strategies. So instead of imparting instruction in the class, the lesson is initially conveyed through videos and the classroom session is devoted to students actually working on an assignment, something that is typically done at home/ outside the classroom. More importantly, this is a form of blended learning in that combines traditional instruction (in the form of a teacher’s supervision) with modern e-learning techniques (read: videos and online classes).

How the Flipped Classroom Came About

While it is said that no one person came up with this teaching method, the origin of the concept can be traced to physicist and Harvard professor Eric Mazur, who came up with the instructional strategy called peer instruction in the late ’90s. This approach, much like flipped classroom, believed in taking information transfer out of the classroom and replacing it with information assimilation and application. In his 1997 book titled Peer Instruction: A User's Manual, Mazur observed that this approach had helped him teach students in a better fashion.

These findings were then supported by a slew of studies; including one by Maureen J. Lage, Glenn J. Platt & Michael Treglia. Their paper on "Inverting the Classroom: A Gateway to Creating an Inclusive Learning Environment" shared their research on flipped classrooms at the college level. They focused on two college economics courses and found that the inversion of the classroom (moving information presentation via lecture out of the classroom to media such as videos to be watched on the computers) allowed for the class time to be utilised for addressing student needs.

Why the Flipped Classroom Works

In recent times too, flipped classrooms have been found to be highly effective in terms of teaching students. So for instance, in 2012 an online survey of 450 teachers was conducted by the Flipped Learning Network in conjunction with education startup ClassroomWindow. Of the teachers surveyed, 66% reported an increase in their students’ standardized test scores after flipping their classrooms. 80% of teachers also mentioned an improvement in their students’ attitudes towards learning. And nearly nine in ten of the teachers surveyed said that their job satisfaction also improved.

Vishal Raina, founder and senior instructor, YoungWonks, explains that the flipped classroom has a positive impact on student learning due to a variety of reasons. To begin with, he points out how the flipped classroom allows the student to pause or rewind the lecture at home and learn it at his/ her own pace. “Moreover, it lets a teacher assess how much the student has actually grasped from the video lecture; this in turn enables the former to assist the latter with his/ her assignment during the classroom session.”

Indeed, the hands-on, problem-solving approach lent by the flipped classroom has shown to yield positive results for both students and teachers. Another factor that works in favour of the flipped classroom is that its accessibility is very convenient, especially for students who can’t travel to the physical classroom. Additionally, communication is greatly emphasized in a flipped classroom setting, be it interactions among students or between the teacher and the student.

The flipped classroom actually encourages students to understand the underlying rationale behind the information provided being provided to them, so they end up avoiding the whole business of cramming for exams and forgetting the information post-examination. This prepares them better for future, more difficult courses.

At YoungWonks, flipped classroom is an important teaching method; the faculty has worked on making videos and animations an essential part of the curriculum and the students are given access to this material for them to watch it at home. Once the student has watched and absorbed the lesson at his/ her own pace, he/ she then comes to class and this is where he/ she works on the project under the guidance of the teacher.

Another prominent contributor to the flipped classroom is educator Salman Khan. In 2004, Khan started recording videos for a younger cousin he was tutoring because she felt that recorded lessons would let her skip segments she had mastered and replay parts that were troubling her. Salman Khan then went on to set up the Khan Academy based on this model.

And while this method has worked very well for YoungWonks Coding Classes for Kids’ and Khan Academy students, it is also known to have met with opposition from parents. Several American schools tried the flipped classroom, but had to abandon it and revert to traditional teaching styles. Raina emphasizes that this was so because their implementation was flawed. “Most of these schools cherrypicked topics/ questions while using the flipped classroom approach. The idea is to not just share a few lessons in the video format but instead maintain uniformity by sharing all lessons through videos. And then the instructor observes how the student applies the knowledge gleaned,” he says.

The bottomline is simple: In an age where we have the vast resources of the internet to rely on, a flipped classroom is a rather pragmatic approach to adopt. The time in the classroom is then spent constructively on exploring topics in greater depth and creating meaningful learning opportunities.

Shared below is a video that throws light on the same subject.