One can use Pulse Width Modulation (PWM) with a Raspberry Pi Pico to brighten and dim an LED. Here’s how… 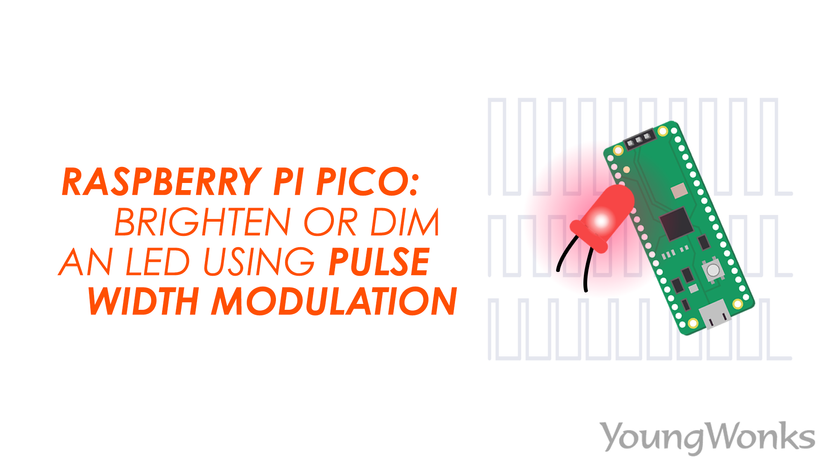 Now we are going to learn how to brighten or dim an LED using Pulse Width Modulation (PWM). PWM, also known as pulse-duration modulation (PDM), essentially is a method of reducing the average power delivered by an electrical signal, by effectively breaking it down into discrete parts.

To do this, we will need the following - a Raspberry Pi Pico on a breadboard, an LED, a resistor and a wire.

Take a look at this diagram to help you build a circuit.

Use this wire diagram to help you verify and complete the circuit.

Now connect the LED to the breadboard.

Next connect the negative end of the LED to ground through a resistor.

And connect the positive end of the anode to a GPIO configured as an output.

Moving on to the code, we begin by importing the dependencies. Type import utime for some delays.

Also type import Pin and PWM from the machine module.

Next we create a pin object.

Then apply a PWM on it.

Then create variables for the duty cycle and the direction.

Next create a large loop that repeats many times.

In this loop, we shall alternate between increasing or decreasing the duty cycle. So we increase the duty cycle from zero to 255 after which we change the direction and decrease it to zero.

We also use the squared value of the duty cycle to change the PWM so that we can see the brightness go up quickly and decrease slowly.

After this we use a time delay to be able to see what is going on.

You should now be able to see the LED’s brightness increase and decrease.

You can now put this to use in many of your maker projects.

Watch the video below to take a quick look at how one can work with the newly launched Raspberry Pi Pico and use PWM to brighten and dim an LED: 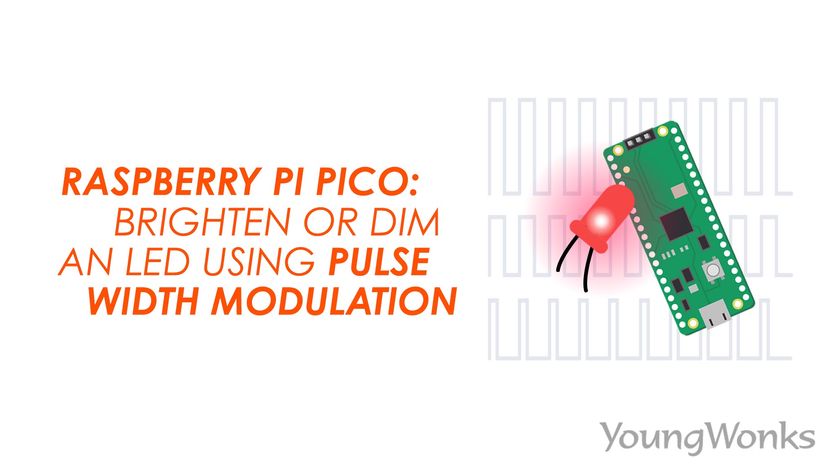