One can control a 7-segment LED display with a Raspberry Pi Pico. Here’s how… 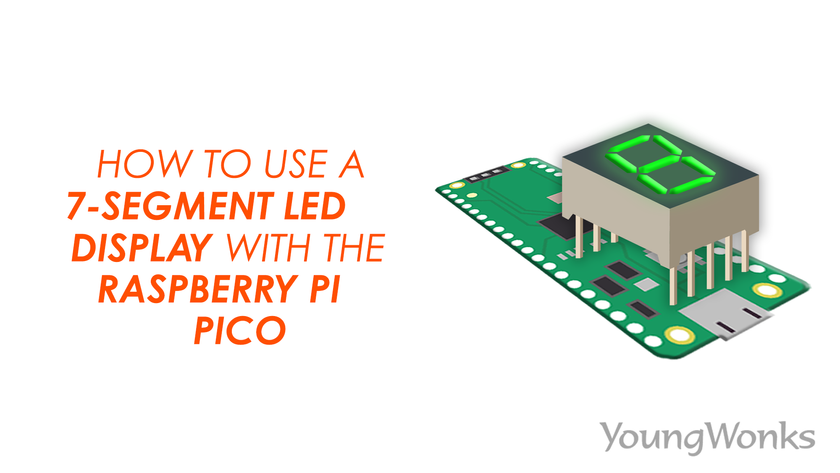 How can one control a 7-segment LED display with the Raspberry Pi Pico? In this blog, we shall look at this. But before we go into that, let’s look at what a 7-segment LED display is. Also written as the ‘seven segment display’, it comprises seven LEDs (from where it gets its name) arranged in a rectangular fashion. Each of the LEDs is called a segment because when illuminated the segment forms part of a numerical digit (both decimal and hex) to be displayed.

Next let’s take a quick look at the Raspberry Pi Pico. 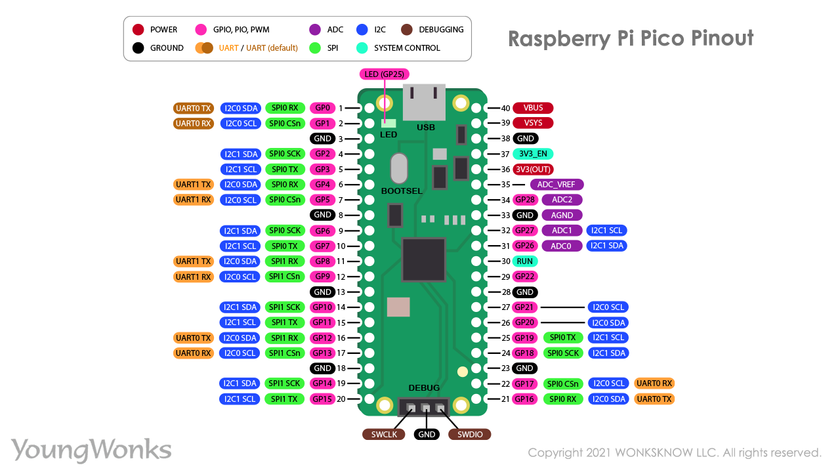 Using a 7-segment LED display with a Raspberry Pi Pico

Now we are going to see how to control a 7-segment LED display with a Raspberry Pi Pico.

To do this, we need a Raspberry Pi Pico on a breadboard, a 7-segment LED display, a resistor and eight wires. 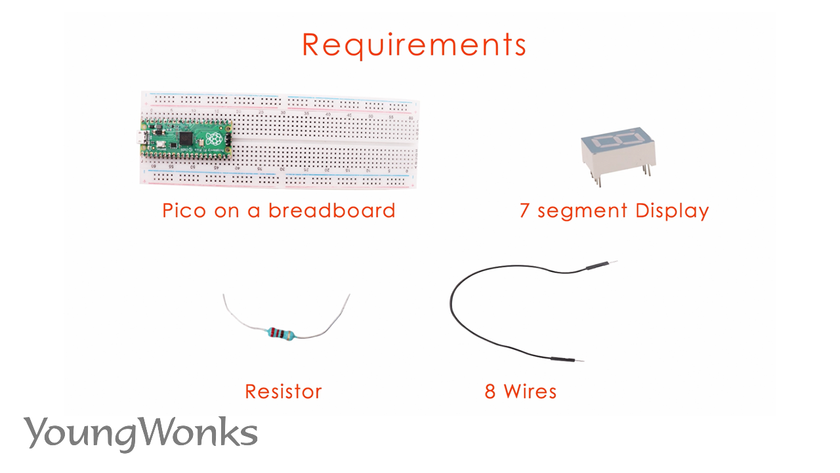 Take a look at this circuit diagram to help you make your connections and build a circuit. 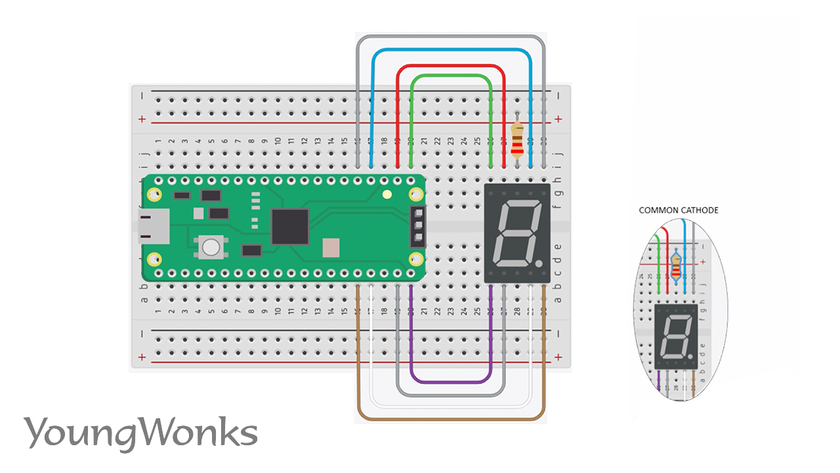 You can also verify your connections using the wire circuit diagram shown here. 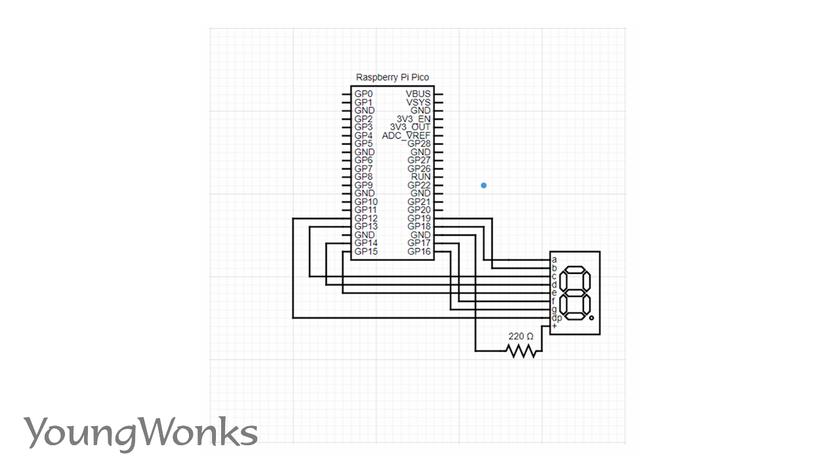 First we plug in the 7 segment display on the breadboard. 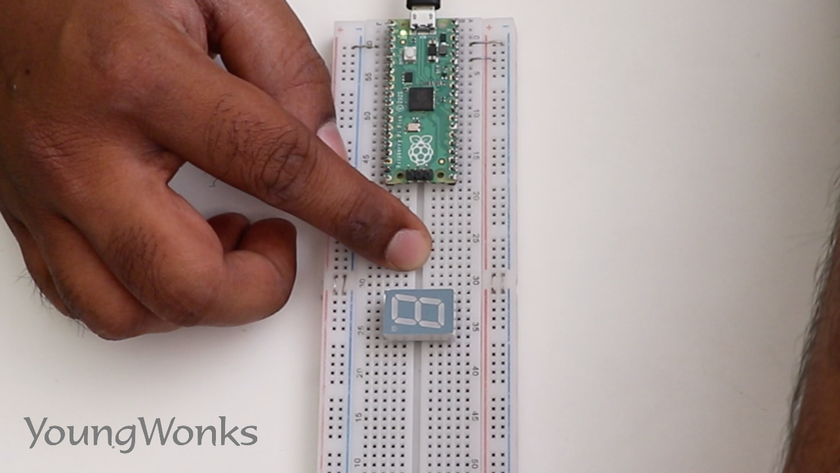 Next we connect the resistor to the positive end (in our case since we have the common anode). 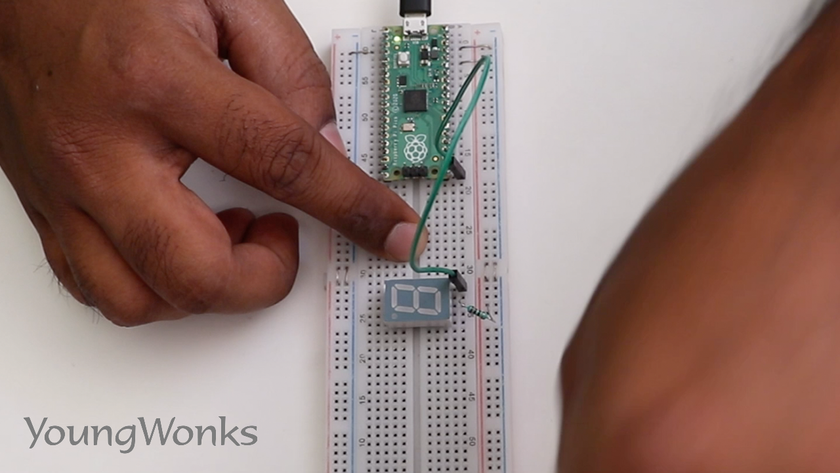 You can also use the same principle for the common cathode by connecting common to the negative.

Now connect the 8 wires to the 8 corresponding pins of the 7 segment LED display. You can use GPIOs configured as outputs to control them from the Raspberry Pi Pico. 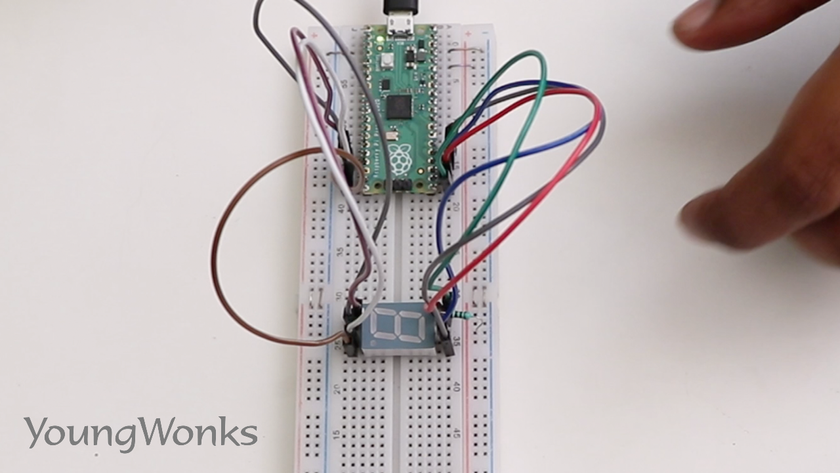 Once the connections are made, we get down to the code.

As usual, we begin by importing a pin module from the machine library. 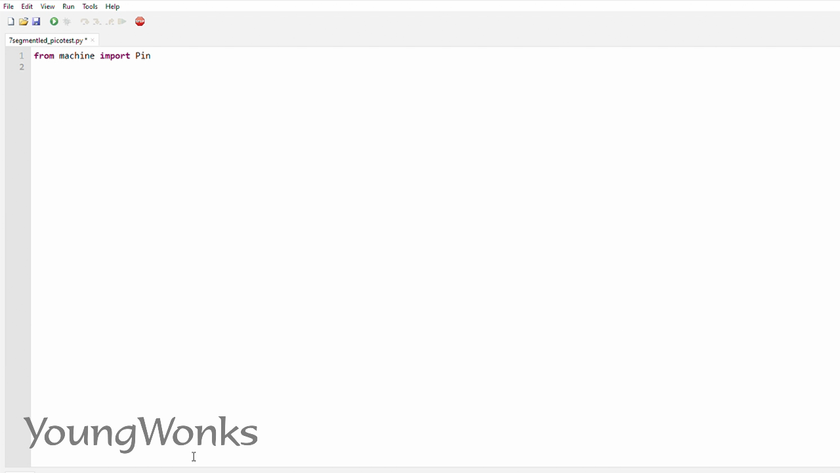 We are also going to have utime to add some delay. 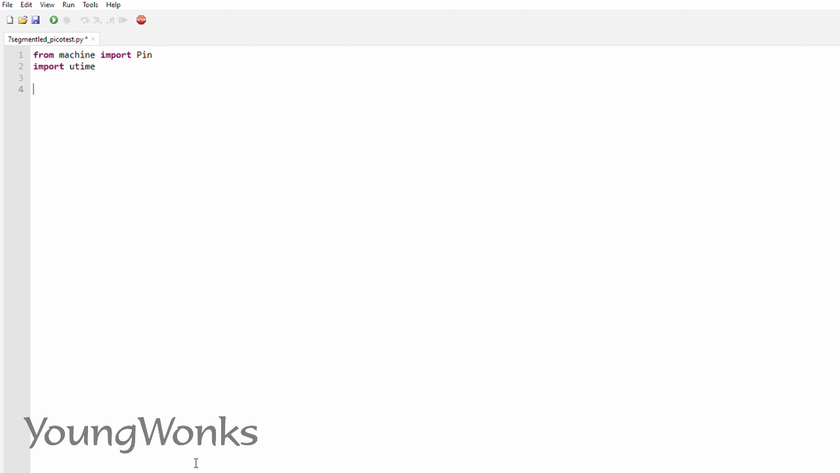 Now we are going to make a list of pins and it would be a good idea to add comments so that we know which pin controls which segment. Overall, we shall have 8 pins, 7 of them are for displaying the numbers and one controls the dot. 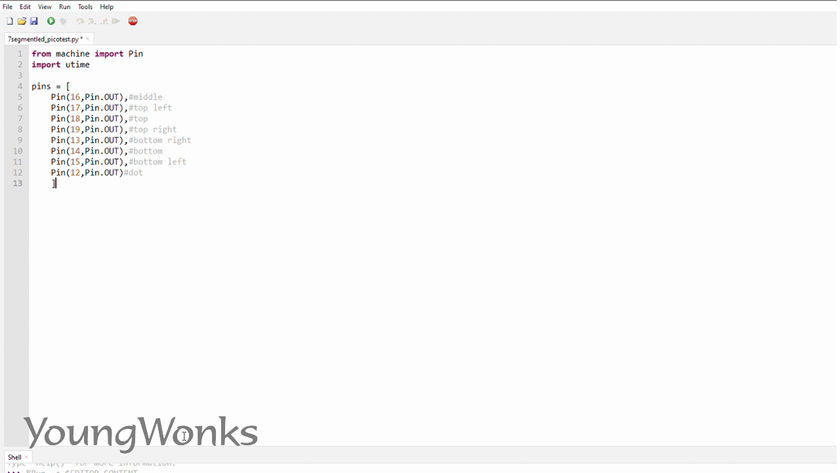 Having configured each one of them to be outputs, the next step is to try to see if we can cycle through different numbers of the display. For each character, we have a list of values to be applied to each one of the pins. Because ours is a common anode, setting pins valued to zero is what turns on the 7 segment LED display. If you were to use a common cathode, you would flip it and setting it to one would turn it on instead (with setting it to zero turning it off). We now go ahead and create multiple lists responding to each one of the numbers. We can also display some alphabetical letters on this as well (though we haven’t tried it here). We will also make a function so that we can clear the display. It basically sets all the pins to 1. Now in a loop, we are going to iterate over each of the characters and use each of the values and set them to each one of the pins. Then we wait a second before we move to the next character. Now we can see that our numbers step through one at a time from 0 to 9. 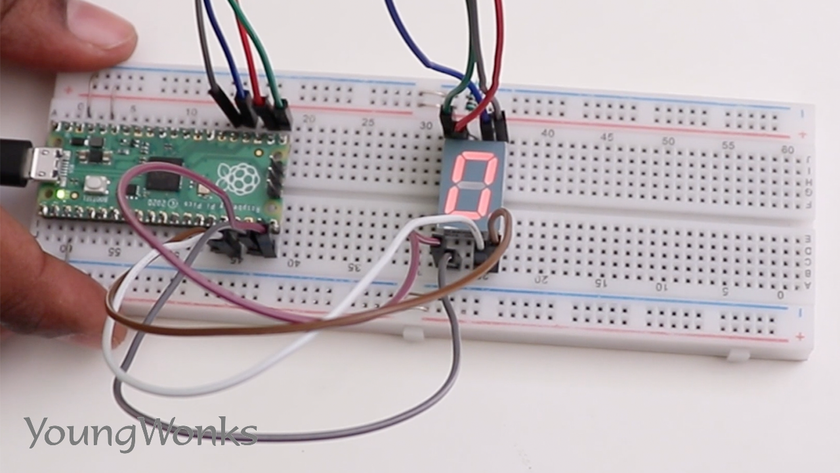 You can watch the video below to take a quick look at how one can use a 7-segment LED with a Raspberry Pi Pico: