Machine Learning and Artificial Intelligence - An Introduction For Absolute Beginners 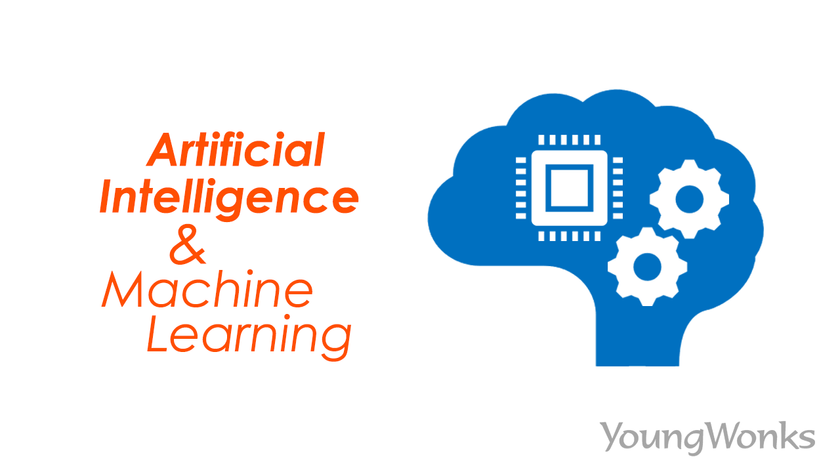 Before delving into the worlds of Artificial Intelligence and Machine Learning, let’s take a look at the broader world of data sciences. What is a data science? A data science is an interdisciplinary field that uses scientific methods, processes, algorithms and systems to cull out knowledge and insights from data in both structured and unstructured forms and in that sense, it is similar to data mining. So data science basically is where the fields of mathematics, statistics, information science and computer science intersect; its aim is to understand and analyze actual phenomena with the help of data.

Coming to Artificial Intelligence (AI) and Machine Learning (ML), both these data science concepts are mentioned quite often in pop culture today (think mainstream entertainment such as books, movies, TV shows, etc) and this is perhaps not so surprising given how relevant they are turning out to be in a technology-driven world that is ever evolving. This blog examines takes a close look at what AI and ML entail and some of their applications today.

What is Artificial Intelligence?

Artificial Intelligence (AI), also called machine intelligence, is intelligence shown by machines, as opposed to the natural intelligence displayed by humans and other animals. In computer science, AI research is defined as the study of “intelligent agents”: any device that recognizes its environment and takes actions that maximize its chance of successfully achieving its goals. Typically, the term artificial intelligence is used when a machine emulates cognitive functions that humans associate with other human minds, such as learning and problem solving.

In other words, AI is the ability of a computer program or machine to think, learn and make decisions. With AI, computer programs and machines are aiming to do what humans do. These programs and machines are fed a massive amount of data that is then analyzed and processed by the machines that ultimately think logically and perform human actions. AI is particularly helpful when it comes to automating repetitive human tasks.

What is Machine Learning?

Machine learning (ML) is a field of artificial intelligence that uses statistical methods to give computer systems the ability to learn (progressively improve performance on a specific task) from data, without being explicitly programmed. The name machine learning was coined in 1959 by computer scientist Arthur Samuel. Machine learning involves the study and building of algorithms that can learn from and make data/ sample-driven predictions. Machine learning is used in a variety of computing tasks where designing and programming explicit algorithms is difficult or not feasible; example applications include email filtering, detection of network intruders, and computer vision.

To get a better understanding of both these concepts, first let’s take a look at how traditional computer systems work. In traditional computer systems, programmer writes the code for certain input and for that input, there’s a certain expected output. Now if the program comes across an input that it was not programmed for, it is going to show an error and it won’t work. This works well for situations where there’s a structured process. Say for example, in an assembly line, when the package reaches a certain location it needs to be pushed out. Here the programmer can write certain conditions for this to happen and expect the output accordingly.

But in situations where the inputs keep varying and are thus not consistent, it’s traditionally the humans who deliver the output in place of a program. For instance, if one is going to the bank to encash a check. Now we need to keep in mind that several things have been written in a certain person’s handwriting on this check. There’s the name of the person the check is addressed to, the amount and the signature of the person issuing the check. All of this has been written in a handwriting is bound to vary from person to person, so it’s not humanly possible for a programmer to write a program that can read and interpret the handwriting of so many different people across the bank or even the world. So here the only way to detect whether a given check can be encashed or not is to have another human look at the handwriting on the check.

This then is where machine learning (ML) comes in. Machine learning makes machines work the way children would. Suppose there’s a child born in a family. How does this child learn to walk or even talk? The answer is: observation. Indeed, the child mainly learns from observing the people around him / her. A big part of a child’s growth is where the boy / girl is picking up things by imitating the people in his / her surroundings. In addition to this, the kid also evolves over a period of time by learning from his/ her own mistakes.

Vishal Raina, senior instructor and founder, YoungWonks Coding School explains that machine learning algorithms work in a similar fashion. “These algorithms help machines learn from the data they are provided (collected over a time period) and from their own mistakes. Which is how these machine learning algorithms could actually be used to read checks. Over time, the algorithm can be exposed to different types of handwriting as seen on different checks. It can be thus trained to identify a handwriting and see which checks can in fact be encashed and which should be rejected. Also, it can be trained to the point where if it comes across a never-seen-before handwriting, it would be able to evolve on its own and identify such handwriting as well,” Raina points out.

That’s not all for machine learning can be used in other situations too, such as autonomous driving. Over time, a machine can pick up cognitive functions (think memory, logical thinking, decision-making, sensory functions and executive capabilities) that humans rely on while driving vehicles. In other words, it can learn how humans drive by studying different nuances and the various human reactions (how humans keep the car in the middle of the lane and how they stop the car at a red light and start driving when the light turns green) that have been witnessed during driving.

Moreover, machine learning can also be used in the medical industry to identify radiology results. So if there’s an X-ray image and the task at hand is to diagnose a person’s health condition, the machine could do this task in place of the radiologist. How will this come about? This will come about once the program goes through large amounts of data on human diagnosis of diseases through radiology.

In the first demo video below, you can see how the algorithm can recognize different objects – be it a bottle, a book, a phone, a laptop, a mouse or a keyboard – and even humans/ persons with the help of an alexnet-based image classifier.

In the second demo video, you can see how the machine learning algorithm has learnt to detect and differentiate between various traffic signals thanks to the use of premade libraries such as TensorFlow, scikit-learn and a large image testing and training data set that consists of a huge number of traffic sign images. The more images in the data set, the more accurate is algorithm’s detection and classification.

Concerns About AI and the Need for Open AI

As mentioned above, machines typically do the tasks they are trained to perform. So in case of encashing checks, the ML algorithm has been trained to identify the handwriting and the text on the check and thus accept or reject the said check. Now this ability to read checks doesn’t necessarily mean the algorithm can read any letter addressed to the bank. Such a machine is said to have limited intelligence since it can only carry out certain tasks that it’s been programmed to do. This intelligence is also known in some circles as weak intelligence.

Now let’s look at human intelligence. We too learn from our environment. So if a young boy or girl only knows how to play basketball but one day sees everyone around him/ her play football, he/ she could still pick up the latter sport over time even if he/ she is not be good at it in the beginning. Now what if the machine learning algorithms become similarly smart so that they start referring to the existing data that’s available on the web and begin to do tasks that they have not even been trained for? This then is the realm of strong AI.

What matters here more than anything else is that such AI is trained to follow certain ethics. Here’s where humans trump AI, because humans are typically more discerning and have a good idea of what is ethically correct and what is not. A machine, however, cannot differentiate between the two and therein lies our worry. This is the biggest risk with AI becoming superior to humans; the fact that it is unaffected by ethics can pose larger problems for the whole of humanity. The creation of Open AI then stems from this need – as recognized by several thought leaders - to keep such superior-yet-morally-indifferent AI in check.

So what is Open AI? Founded by leading tech entrepreneurs Elon Musk (Tesla CEO) and Sam Altman (president, Y Combinator), OpenAI is a non-profit artificial intelligence research company that aims to promote and develop friendly AI in order to benefit humanity as a whole. At its core, it aims to encourage safe ML and safe AI that is also purposeful. Its research is focused on AI that will not be an existential threat to humanity but instead have a long-term positive human impact. Companies participating in OpenAI-led research include Amazon, Y Combinator and Infosys, among others.

No doubt the rich and ever-evolving world of AI – one of the biggest inventions of our time - has lots to offer. But on our part, we need to make sure that this AI is used to shape a safe future for all of us.

Of course, there are other concerns about AI too. While technology has made our lives better, it is also known to be a double-edged sword. The rise of technology led to globalization and this in turn revolutionized the worlds of industry and commerce but it also adversely affected several blue-collar jobs in the process. And with technology continuing to make advances, self-service and direct-to-customer strategies seem to the be the future; this means that both blue and white collar jobs are under the radar.

Excessive dependence on AI - especially if unmonitored – is another problem as it can foster addiction and anti-social behavior. Even as more products and services use mass-harvested personal data and machine learning, there is an ever-increasing need for public awareness and regulation to keep these organizations in check in order to avoid any misuse.

General safety is also a big issue with AI. In a world that’s coming to rely heavily on AI, even small errors have the potential to do great damage. What if there was a malware attack on our power grids? Or an attack on our air traffic control systems? The consequences would be disastrous. We absolutely need to monitor our AI systems carefully and institute and implement adequate safeguards to prevent cascading failures.

The bottom line is this: AI is certainly here to say. But it’s imperative for us humans - the creators and users of AI - to treat it with due caution and respect and to educate ourselves about its benefits and dangers. Appropriate fail-safes are needed to prevent AI from going rogue.

Shared below is an introductory video on Machine Learning (ML) and Artificial Intelligence (AI):