Our latest blog tells you about smart watches, smart glasses, smart bands and other wearable technologies, their pros and cons and the road ahead... 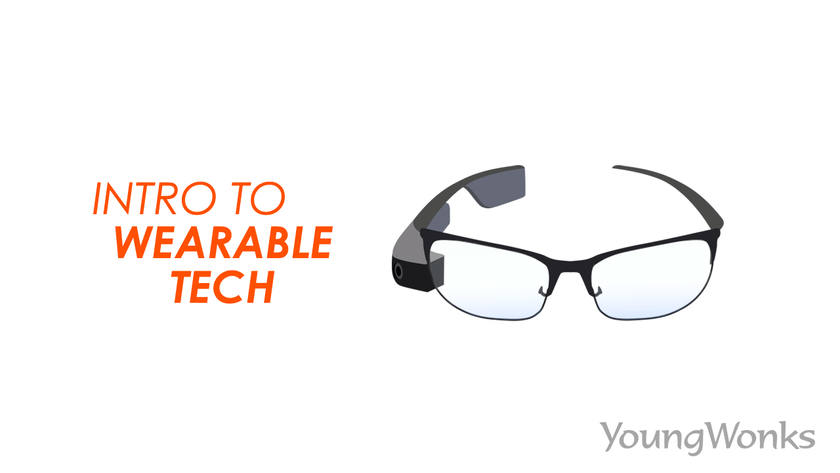 Smartwatches, activity trackers and sports watches are popular examples of wearable technology. While smartwatches - which notify the wearer of calls, messages, emails, and social media alerts, and sometimes even track fitness and health - are the most in-demand wearable device today, fitness or activity trackers are devices specifically designed to track health and fitness be it the wearer's heart rate, calories burnt, number of steps taken, blood pressure, and even the quality of your sleep. Some versions of these trackers can worn around the wrist, whereas others can be clipped to a belt or even worn around the neck. Sports watches, on the other hand, are usually used by athletes.

Other examples of wearables include head-mounted displays such as smart glasses–like Google Glass, virtual reality (VR) or augmented reality (AR) goggles; smart clothing where garments are fitted with electronics for added functionality; say, smart compression shirts that help athletes track their heart rate and GPS, or swimwear with built-in sensors that alert the wearer to any obstacles or even if he/ she has been out too long under the sun. There's also smart jewelry which is essentially a stylish smart accessory that notifies the user about emails, calls, text messages and so on in a subtle manner.

These IoT (Internet of Things) electronics devices come with built-in software and sensors and are able to connect to the Internet. The sensors used include heart rate sensors, step counters, accelerometers and GPS sensors. Even as the sensors connect to the Internet, they exchange data with the manufacturer, operator, and/or other connected devices. Today, this field of wearable technology is growing by leaps and bounds has a plethora of applications. In addition to these straight up commercial uses, wearable technology is being used in navigation systems, advanced textiles and healthcare.

1. Personal use: Leading the wave are smartwatches, followed by Virtual Reality (VR) headsets, fitness and diet tracking devices, smart apparel and data collection devices. The latter is where the devices will collect data on the user’s behavioral patterns, triggers and even aspects such as shopping choices and length of stay, thereby helping sellers provide a tailored user experience.

2. Health sector: It is also interesting to note that the healthcare industry is now looking beyond fitness trackers to create health care trackers which can be used to track things such as body temperature, respiratory rate, heart rate, movements, blood pressure, vital signs, or blood sugar levels for diabetics. Devices like smart hearing aids and glasses that measure vision performance are now becoming available to not just medical professionals but also the general public. Other uses of wearables include pet trackers and smart jewelry.

3. Workplace: In the workplace too, companies are equipping employees with wearable tech.  These devices assist managers in comparing data - be it goals, metrics, crucial KPIs, or quotas.

4. Road Safety: From relieving patients of their pain, to ensure road safety by alerting drivers to dangers and helping women send out distress signals via Bluetooth enabled smart bands, wearable tech is more helpful than ever today.

a. Convenience and staying connected: One of the main pros of using wearables is how they let one stay connected rather conveniently. A wearable is hands free and portable even as it alerts us to our messages, incoming calls, emails, and much more without having to constantly check our phones. It is particularly useful for locating one’s phone when it is lost. Plus one can use it to connect to IoT-enabled devices at home; for example, one can use it to turn on the lights, control the television or the air conditioner. This connectivity and the resulting convenience offered by wearables will only help make our lives easy.

b. Data accuracy: Data accuracy is another big advantage of using wearables. They help with convenient tracking of our data, be it our sleep, physical activity, nutrition and so on. Given that many health insurance companies are now offering added benefits for those who wear fitness trackers and health monitors, it is not surprising that wearables have become quite popular in the health sector. In fact, those who work in high-risk professions, such as firefighters, mining, oil & gas employees can now make use of wearables that can help them detect imminent dangers, such as the motion behaviour of nearby objects/ vehicles and people, thereby avoiding attacks and falls. Some wearables even send the tracked data to a manager or technical specialist located outside for help when necessary. Many wearables are connected to our smart devices in such a way that we can view it in real time and later as well. This is very helpful when it comes to setting goals and tracking our progress towards them.

c. Greater efficiency and productivity: Overall increased efficiency and greater productivity is yet another takeaway here. For instance, those working in packaging warehouses can have wearables assist them in prioritizing their packaging duties and tracking goods that are being transported. They can also wear GPS tags that can show them the most efficient route. Similarly, pacemakers, detectors, and other medical wearable devices can be used to alert appropriate response teams using the Internet whenever there is an accident or emergency.

a. Concerns over radiation exposure: It is well-known that these gadgets emit radiation, commonly referred to as Electro Magnetic Frequency (EMF), which means that being constantly exposed to them can be potentially hazardous. Several studies are questioning the long-term risks associated with daily use of such devices and many have already revealed how cell phone radiation can adversely affect the human reproductive system, sleep and even cause mood swings. In fact, EMF has been cited as a form of carcinogen–a substance capable of causing cancer in living tissue–in earlier studies. Moreover, it is also being said that wireless electronic devices can possibly interfere with the smooth functioning of medical devices such as pacemakers.

b. High price: Another big disadvantage of using wearables is the price, which is usually quite steep. Although many wearables - especially fitness bands - have become much cheaper today, they are still out of reach for many people. For example, wearables such as smartwatches continue to be a luxury for many people.

c. Regular charging needed: Another con is that like all battery-operated devices, wearables too need regular charging. Often these wearables - be it a smartwatch or earbuds, especially the Apple smartwatch - are known to have not so great battery life and this means having to charge them on an almost near-daily basis.

d. Complex mechanisms and greater dependence: Moreover, the charging mechanisms in wearables are getting smaller and more complex, which can be a problem, especially for elderly persons. And with more and more devices taking over our lives, wearables are yet another addition to this already busy mix. The increasing reliance on these devices can also backfire, especially when these devices malfunction. For example, a heart monitor with an incorrect reading could further complicate health issues.

e. Lack of data security: Lastly, many wearables have little to no data security measures keeping their data safe. These devices usually use Wi-Fi or Bluetooth connections to share data that is more often than not unencrypted and this in turn allows cybercriminals very easy access to our data.

There’s a lot of potential for wearable technology today. And given how the existing wearables are only gaining in popularity, it is not surprising that this area is only expected to grow in the coming years.

A key trend expected to be seen in this field is that of longer battery life. There is talk about energy harvesting being tapped into. Energy harvesting basically refers to converting body heat, solar energy, and movements into power. If this comes into play, it would change the way we look at wearables and make them even more functional and thus popular.

Authentication is an area that wearable makers are actively looking at. This means carrying out functions - such as unlocking your home, attending events and buying things at the store without having to go through the checkout process - only with the help of the wearable. For instance, Disney provides its customers the MagicBand in some of its amusement parks. This band is essentially a wearable that offers customers access to rides, their hotel rooms and other benefits.

Lower visibility is also something the wearable manufacturers seem to be working on. It is being said that wearables will become less visible over time. For instance, a fitness band may not look like a clip-on tracker and instead look more like jewelry or a piece of clothing. They could also take on the form of a patch or strap, thus being no longer as obvious to the public.

Companies are also working towards creating wearables that come with greater flexibility, bendability and unbreakability for displays, sensors and entire electronics systems on plastic - all of which shall make them more functional than ever before.

On its part, the medical field is looking into building wearables that can be embedded underneath the skin. This would help users track different types of medical activity, say for instance, blood analysis, the effects of drugs and several other vitals. This would be incredibly useful.