Top Spelling, History, Geography and Brain Bees in the US

Read on to know about some of the most prominent spelling, geography, history and neuroscience tournaments in the country 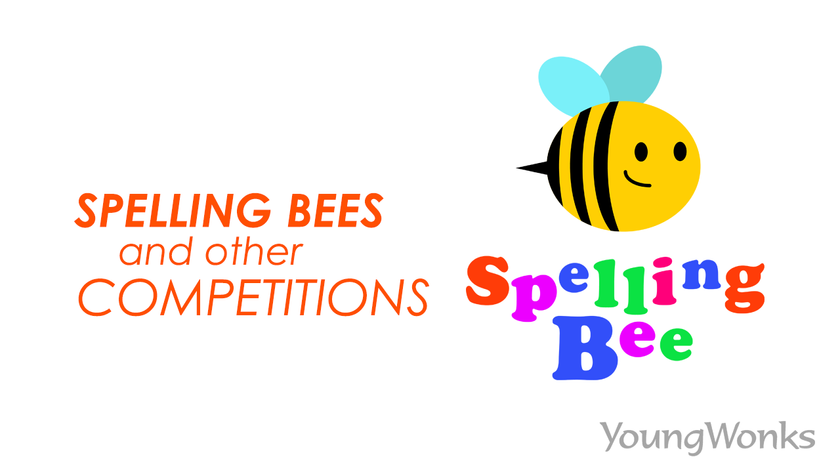 Spelling, history and geography bees are not only fun, they are also the perfect (and lucrative!) way for kids to expand both their vocabulary and their history and geography knowledge. What’s more, a recent phenomenon is the advent of the Brain Bee, which aims to test and encourage young talent and their knowledge about neuroscience. We listed below some prominent spelling and other bees in the country that your kids can aspire to take part in:

The Scripps National Spelling Bee is one of the the most well known education contests in the country and possibly, even the world. It is reportedly the largest and longest running competition in the United States. Its history goes back just eight years short of a century. The first National Spelling Bee was the amalgamation of many local spelling bee contests and was organized in 1925 by the Courier Journal in Louisville. Today, the spelling bee is almost like a national sport and even broadcast live on TV. Lead-up rounds to the final are also aired for audiences around the world.

The contest is run every year in late May/ early June in Maryland, just outside Washington D.C. The competition is held by the not-for -profit E.W Scripps Company. This year (2020), Bee Week 2020 will take place the week of Memorial Day, May 24 through May 29, at Gaylord National Resort and Convention Center in National Harbor, Maryland. The exact competition days will be available at on the official website beginning May 1.

The spelling bee traditionally has been open to students in the eighth grade or below. Those competing must also not have reached their 15th birthday (as on August 31st of the year of application). Previous winners are also not allowed to participate in the national contest. Contestants as young as six have previously participated in the contest.

Scripps has an official study booklet published by Merriam-Webster in association with the National Spelling Bee that can be used by contestants at both regional and national competitions.

Spellings have gotten harder over the years just as the kids have gotten smarter. Contestants have become so good at spelling that for many years, the top spot has been shared by two winners.

The first prize winner gets to take home in cash $50,000 and other prizes. Lower value prizes are awarded to other top contenders.

To recognise this talent, the South Asian Spelling Bee was launched in 2008. The spelling bee awards winners with scholarships. The top place holder, aka the national champion, gets to walk away with a grand scholarship amounting to $3,000.

The contest is open to students between the ages of 8 and 14 of South Asian origin. This means eligible students have to have at least one parent or grandparent who is of South Asian descent, or whose lineage can be traced to Afghanistan, Bangladesh, Bhutan, India, Maldives, Nepal, Pakistan, and/or Sri Lanka. Parents or guardians can enroll their wards in regional competitions that the contest runs.

The contest tours the country in early June this year (2020) with regional competitions being held in major South Asian American hubs across the United States such as Washington DC, San Francisco Bay Area, Dallas and Charlotte (North Carolina). The winner and first runner up of every regional contest gets to participate in the national final that is going to be held at at Rutgers University in Piscataway, New Jersey, on June 21, 2020. Regional top contenders are also awarded scholarships.

The National Geographic Bee is a competition run by the National Geographic Society since 1989. The program is open to students in grade 4-8. Schools hold competitions and the school wide winner is eligible for a spot in the state wide competition. Similarly, all 54 states (including US Virgin islands, Puerto Rico and other US territories/ defense departments) send their top contestant to the national level National Geographic Bee. All state winners receive an all-expense paid trip to Washington D.C. for the national competition; this year (2020), it will be held on May 17–21, 2020. Registrations opened on August 1, 2019 and after December 21, 2019, only credit card payments will be accepted.

The US History Bee is an individual social studies competition for primary and secondary school students across America. The competition puts an emphasis on what students are learning in the classroom, and rewards their passion for learning the following sections within US history: military history, social and cultural history, political history, economic history, historiography and sports & entertainment history.

The competition consists of two stages: the first is the National Qualifying Exam, which students can take at Varsity/JV regional and state-level tournaments of the National History Bee and Bowl or with a proctor at their school.

The second is the National Championships in Arlington, VA which features a buzzer-based quiz tournament. This is slated to take place this year (2020) on April 24.

Students who score in the top half of their Division at their site automatically qualify for the National Championships; this is inclusive of odd numbers of students and ties for the last spot. Alternatively, if students score above the official National Median Score in their Division for their version of the NQE, they will qualify for the National Championships on that basis.

The Brain Bee was founded in the year 1998 by Dr Norbert Myslinski of the University of Maryland and it started out with a good 12 chapters across the US. Those years had witnessed a growing number of neurological diseases and so the idea behind the Brain Bee was to encourage greater curiosity among young men and women regarding the human brain and to have more of them pursue careers in research and clinical brain sciences. Today, the Brain Bee World Championship is hosted every year by the International Brain Bee organization (IBB), an American non-profit educational organization backed by bodies such as the American Psychological Association (APA), the Dana Foundation, the Federation of European Neuroscience Societies (FENS), the International Brain Research Organization (IBRO) and the Society for Neuroscience (SfN).

Broadly speaking, the Brain Bee World Championship has five competition sections, each of which has expert neuroscientists assessing the students’ knowledge of research neuroscience and medical neurology. The sections include multiple-choice and short-answer quiz, data and graphical analysis, neuroanatomy practical exam with human brain tissues - where students have to identify the structures by name and/or describe the basic functions of the tissue - and live Q&A aimed at examining diagnosis skills.