How is MongoDB different from MySQL? Why is MongoDB so popular? Read our blog to learn more...

This blog will help you get in-depth knowledge of the mongo databases. 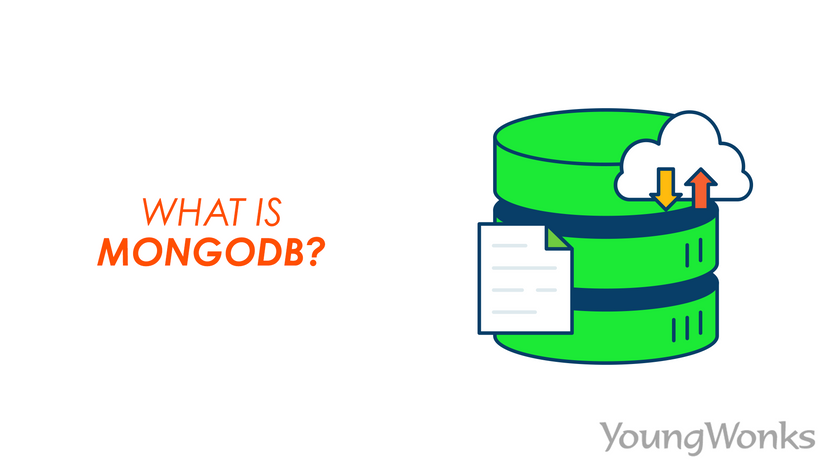 A database is an organized collection of data. This data can be organized into tables and indexed to easily find relevant information. SQL databases make use of such tables. Storing the data into tables is convenient but might not be a good choice if its data structure needs any changes later on.

MongoDB, developed by MongoDB Inc, is an open source document-based cross-platform high performance distributed database designed for ease of application development. Unlike relational databases, MongoDB does not make use of tables. Since it is a NoSQL database (also known as non-relational database), there are no complicated SQL queries. We can choose MongoDB over an SQL database as it provides us the flexibility to modify the schema of the database. The schema of a table in SQL is more rigid as compared to the data structure used in NoSQL databases like MongoDB.

With billions of people using Internet, it becomes a challenge to organize huge chunks of data collected from their devices. To understand how big data can be handled, let's dive into data structure used in MongoDB.

In MongoDB, we have collections of documents. Such documents use JavaScript Object Notation (JSON) that have key-value pairs. These values can be any of BSON types like integer, double, boolean, string, regular expression etc. The data model in MongoDB supports arrays to be stored as values. We can even nest arrays inside arrays to store data of complex form. Consider the following MongoDB document that stores data of a student studying in grade 8:

To make sure that each mongo document in the database can be uniquely identified, MongoDB automatically adds an identifier to it, if not provided. So, when the above document is inserted into the mongo database, it will look similar to the following document:

In future, the data structure of such documents may change. For example, if we need to store address of the new students, then the new mongo documents should look like:

So far, we have seen:

When setting up a mongo database, we have two options to choose from:

Alongside schema-less documents, MongoDB offers additional features. Some of those features are discussed in this section.

The replication process provides high availability of data by putting multiple copies of it on different servers. This data redundancy

In the event of failure, MongoDB uses write ahead logging to on-disk journal files to provide durability. Journaling writes data

The method to distribute or partition data across multiple machines is called sharding. It is very useful when a machine cannot handle large amount of data. Sharding allows to scale the data horizontally (also called scale-out) by adding machines to

Authentication is a security feature in MongoDB to ensure that only authorized users can access the documents. The default security mechanism in MongoDB is Salted Challenge Response Authentication Mechanism (SCRAM) that asks the user to provide

At the time of schema design, it is not possible to know all the queries that will be performed by the users. An ad-hoc query is a command whose value depends on variables. Every time such a query is executed, the output might be different because of the variables of the query. MongoDB Atlas allows the developers to update and run ad-hoc queries for optimized real time results. MongoDB can be used to

Indexes are intended to improve search speed. If not done correctly, there can be problems with query execution and load balancing. MongoDB offers a broad range of indexes that support complex access patterns.

Companies mix the power of Hadoop with MongoDB. It is done as described below.

In this section, we will discuss some of the areas where we can use MongoDB as a database.

Single view applications bring data from different sources to one repository to create a single view. For example, an application that shows single view of the user across products to know their purchasing habits and demands.

IoT devices can be used to collect data. As we get data from more and more devices, an optimized database like MongoDB is required. Companies like Bosch have built their IoT suite on MongoDB.

Because of replication, sharding, durability and other amazing features of MongoDB, it is one of the best data platforms to build mobile apps.

MongoDB supports almost all popular programming languages like C, C++, C#, Python, Java, JavaScript (through Node.js), PHP, Ruby, Go, Rust, Scala and Swift. It also has many community written API drivers that can be used to link MongoDB with other languages like R.

In this blog turned tutorial, we have discussed the importance of mongo databases. These open-source high performance NoSQL databases offer replication and high availability of data without asking for predefined schema. The applications connected to MongoDB store data in the form of documents that have key-value pairs. Such documents are grouped together to create collections. MySQL by Oracle, one of the most popular relational database management system (RDBMS), is used to manage data stored in rows and columns of tables. However, because of the rigid structure of tables, developers are moving towards non-relational databases like MongoDB. For detailed comparison between MongoDB and MySQL, refer to the following cheatsheet:

The MongoDB driver APIs are available for all the popular programming languages to let the developers connect apps of their choice to the mongo database. To access the database from multiple locations, one can use the MongoDB Atlas offered as a database service by MongoDB Inc.