What is Open Source Software?

What is Open Source Software (OSS), where and how is it used today? Read our blog to know…

An introduction to Open Source Software, how it came into being, how it is being used and its varied applications today 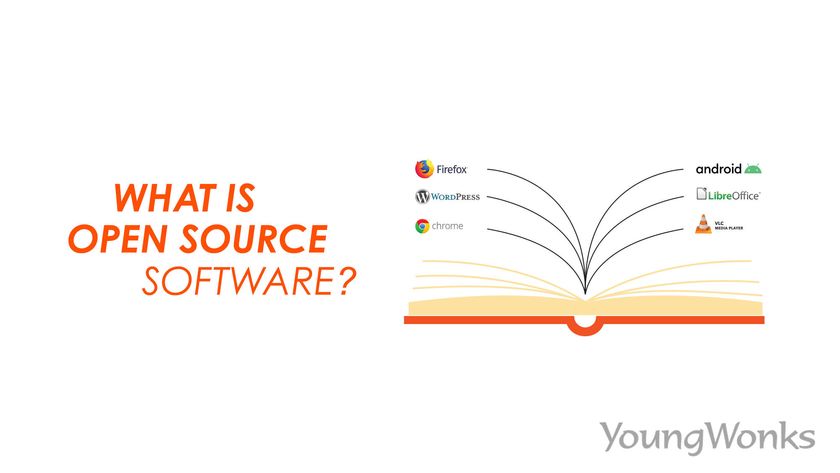 What is Open Source Software (OSS)?

Software that is shared with its source code and thus made available to be used, modified, and distributed with its original rights is referred to as Open Source Software (OSS). What then is source code? Source code typically is the text file version of a computer program or software containing instructions followed by the computer in order to carry out its tasks. Computer users rarely ever see it but programmers with access to it can change a program by changing it, adding to it, or fixing sections that don’t work properly.

So OSS usually includes a license that lets programmers change the software to best suit their requirements and control how the software can be shared.

Closed Source Software (CSS), on the other hand, refers to proprietary software or non-free software (also typically commercial software). This covers computer software where the software’s  publisher or another person reserves some rights from licensees to use, modify, share modifications, or share the software. It sometimes includes patent rights. The owner of proprietary software enjoys certain exclusive rights over the software. The owner has the power to restrict use, inspection, modification and redistribution of source code.

Not surprisingly, the adoption of open source software models has been quite beneficial indeed, as it is said to have resulted in savings of about billion per year for consumers / end-users, who got to (and continue to) avail of the products built using this OSS for much less (given how the zero cost of CSS kept overall costs low).

Interestingly, the early days of computing saw programmers collaborate in their efforts to develop software; this meant that the source code was regularly shared among them. But this changed with the commercialization of software in the 1970s-80s. Academics, however, rooted for the need for OSS. Two names stand out: Donald Knuth and Richard Stallman. While Knuth came up with the TeX computer typesetting system in 1979 and made the source code available to all programmers, Stallman did the same when he came up with the GNU operating system. In fact, Stallman continues to advocate for software to be shared in a fashion where the users have the freedom to use, study, distribute, and modify that software. In fact, software that offers all these liberties is called free software. Thus, Stallman who went on to found the Free Software Foundation in 1985, is known as a free software movement activist.

Since then many others have joined the movement and have promoted the adoption of free and open source software (FOSS) for reasons such as security, affordability, transparency, perpetuity, interoperability and flexibility. However, the free software movement was later on rebranded so as to stress upon the business potential of sharing and collaborating on software and source code. This in turn paved the way for the setting up of the Open Source Initiative in February 1998.

Founded to promote and protect open source software and communities, the Open Source Initiative (OSI) is essentially a central informational and governing repository of open source software. It draws and maintains a framework of rules and guidelines for using and interacting with OSS, in addition to sharing code licensing information, giving support, definitions, and encouraging general community collaboration to ensure the use and treatment of open source technology stays understandable and ethical.

It publishes the Open Source Definition, a document that helps determine whether a software license can be labeled with the open-source certification mark.

Typically, OSS is stored in a public repository and shared publicly. Anyone can gain access to this repository; one could use the code independently or make changes so as to enhance the design and functionality of the project.

As mentioned earlier, OSS comes with a distribution license. These open source software licenses include terms defining how programmers can use, study, modify, and most importantly, distribute the software.

It is important to note that when a change is made to the open source code, the OSS should include all that was modified and the methods used to do so. Depending on the license terms, the software produced as a result of these changes do not necessarily have to be made available for free.

The following are the ten most popular OSS licenses today:

Pricing: The most obvious difference is in terms of pricing. So while OSS is available for nominal or zero licensing and usage charges, CSS comes at a cost that differs depending on the scale of the software.

Freedom to Customise: OSS can be totally customized depending on the open source license, whereas with CSS, change requests (including for bug fixes, features, and enhancements) have to be made to the company selling the software.

User Friendliness, After-Sales Support and Warranties: CSS providers ensure their offerings do not lack on any of these fronts. CSS is about for profit products and here user experience is a key selling point, so this is an area where typically CSS scores over OSS. CSS is also more suitable for a large scale production environment when compared to OSS.

Security: In case of OSS, because the source code can be reviewed by anyone, it typically helps keep security bugs in check. With CSS, the source code is closed for review, so there are more potential security threats. And if and when such security bugs are found, the software distributor is supposed to fix them.

Community support: OSS thrives because of community contribution in development, review, critique and enhancement. CSS meanwhile is not open to any such contribution.

Easy on the pocket: Open source software is free.

Flexibility: Open source is flexible; this means that developers have the freedom to make changes in order to address dysfunctional or problematic aspects of the application to better suit their specific needs.

Stability: Since the source code is publicly distributed, users can use it for their long-term projects knowing that the code’s creators will not discontinue the project on a whim. Thus OSS is very stable, lending stability to open source projects.

Encourages innovations: Open source softwares encourage developers to use pre-existing code and build something on top of it by improving it further. It thus encourages creativity and the spirit of innovation.

Community participation: Given that they can be accessed by anyone, OSS attracts participation from many people giving them a sense of community. Indeed, the open source community has grown a lot over the years.

Not so user-friendly: OSS can be tougher to adopt since it is typically not easy to set them up and they usually lack friendly user interfaces.

Liability issues: Proprietary software is fully controlled by the vendor, but OSS usually doesn’t have any warranty, liability, or infringement indemnity protection. This means the OSS consumer can be held accountable for not complying with legal obligations.

Unexpected expenses: OSS can incur unexpected costs in terms of having to train users, import data and setting up hardware.

Lack of compatibility: There’s a high possibility of OSS not being compatible with other (CSS) softwares. Often developers need to rely on specialized drivers to solve this.