A key mechanical component in several devices, valves are very useful for hardware and electronics projects. This blog takes a look at how valves work and their different types

Essentially mechanical devices that block pipes either partially or completely, valves are used to regulate the amounts of fluids passing through. This blog tells you about how they function and the many types of valves used today 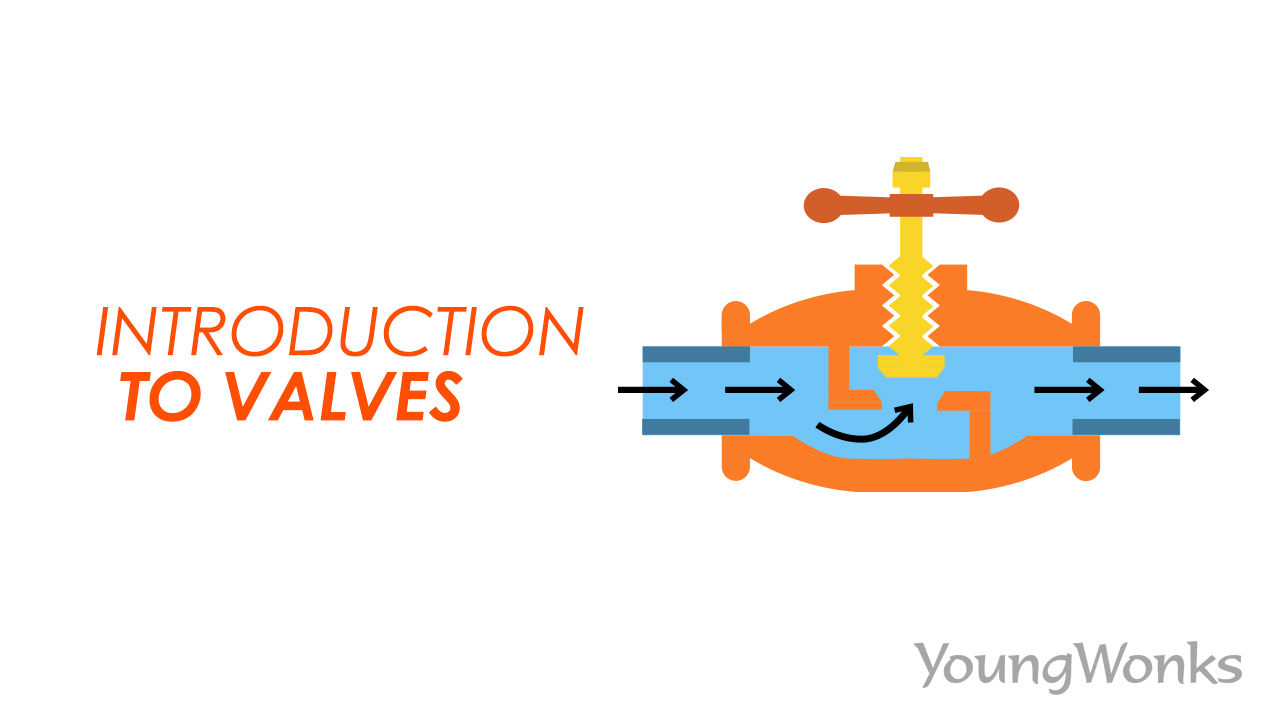 What is a valve? If you are someone working with hardware or electronics - often even if it is simple mechanical contraption - you cannot have not heard about valves. This blog offers a simple introduction to the valve; we shall also look at the ones used by makers and hobbyists for their DIY projects.

What is a Valve?

Let us start by looking at the humble pipe. This could be a pipe transporting water in your bathroom or it could be a pipe carrying gas to your kitchen stove. In order to work efficiently, these liquid and gas pipes require a mechanism that can regulate the amount of fluid or gas passing through them; this mechanism can then be used to increase, decrease or even stop the flow of the liquid or gas. This mechanism is called the valve. They are basically mechanical switches that can turn pipes on and off and even raise or lower the amount of fluid / gas flowing through them.

Thus a valve is essentially a device or natural object that can be used as a fitting to direct, control or regulate the flow of any fluid or gas by opening, closing, or partially obstructing various passageways. It does so by mechanically blocking a pipe either partially or completely to change the amount that can go through it. So one can find valves in any machine using liquids or gases. In an open valve, fluid flows in a direction from higher pressure to lower pressure. The word is derived from the Latin valva, the moving part of a door, in turn from volvere, to turn, roll.

Let us look at some more daily life examples. For instance, when you turn on a tap to brush your teeth, you basically open a valve that lets pressurized water pour out from the pipe. If you turn the tap more to one side, typically the amount of water coming out reduces, stops or goes up (depending on how the valve functions).

Similarly, when you flush the toilet, you are effectively opening two valves: there is one allowing water to exit the flush tank into the toilet pan while another lets water into the tank in order to ready it for the next flush.

The controls of your gas cooktop (hob) which turn the gas up or down are also valves. So when you open the valve that lets more gas to flow in through the pipe, the gas burns with a bigger flame generating more heat.

Interestingly, it is not just machines that make use of valves. Our bodies have valves inside too: for instance, we have valves inside our hearts which in turn let the hearts pump blood into our lungs and to the rest of our bodies.

There are many types of valves. One can classify them on the basis of the range of their mechanical motion, actuation, design and function.

Going by the extent of their mechanical motion, most valves come under one of the two categories:

As the name suggests, these valves can be turned up to 90-degrees. Here precision doesn’t matter much as one can easily open or close the valve.

These valves are like a screw or piston. They are more complex in that one has to turn the handle, the plug and / or plate in order to interfere with the flow. Some of these can be opened or closed at different speeds.

As per the method of actuation or the action causing the valve to operate, valves are one of the following:

Using handwheels, hand levels, gear wheels, or chains to operate, these valves are adjusted by hand.

These valves can be controlled remotely and are typically used as part of automation for high-precision or large-scale applications. They are usually connected to electric motors or hydraulic systems.

Some valves get activated when certain conditions are met; for instance, a check valve that closes and stops the flow of water when the water in the tank exceeds a predetermined level or a pressure release valve that activates upon the detection of over-pressure.


Valves are also classified according to their designs, including their characteristics, standards, and groupings.

The most common ones are the butterfly, ball, gate and globe valves.  Let us take a closer look at each of them.

In a ball valve, the pipe has a hollowed-out sphere (the ball) sitting snugly inside it and completely blocking the flow of fluid. Upon turning the handle, the ball moves ninety degrees, allowing the fluid to flow. They thus offer easy and quick on-off control.

Essentially a disk that sits in the middle of a pipe, the butterfly valve swivels sideways, either to allow fluid or it stands upright to block the flow. Given its compact design and quick action, it is ideal for tight spaces.

Here one has to turn the wheel or handle in order to move the cone-shaped plug aside and block the flow. Relying on quick-acting quarter-turn valve handles, these valves regulate flow using tapered or cylindrical plugs and come in handy in high-pressure or high-temperature environments that need tight shutoff.

One of the most common types of valves out there, gate valves get their name from their metal gates that are lowered across pipes, thus closing them. These valves are mostly meant to be either fully open or fully closed and are not ideal for situations needing pipes to be only partly open.

Water taps are the most common globe valves. By turning the handle, one can screw the valve up or down, in turn allowing pressurized water to flow through the pipe and its spout below. The good thing here is that these valves can be used for regulating the amount flowing through it. They usually come in three body types: T-body, Y-Pattern and angle body.

Used in machines such as car engine carburetors and central-heating systems, these valves regulate flow with their long, sliding needle. They are often used in small diameter piping systems where accurate flow control is required.

Check valves get activated on their own in that they automatically open when a fluid or gas passes through in the intended direction and they close in case a reverse flow is detected. These are among the simplest and oldest variety of valves as they are simply put, freely hinged flaps which swing down to block the gas or liquid flow in one direction, but are pushed up by the flow itself when the flow is moving in the opposite direction. They are mainly used to prevent backflow.

The knife gate valve has a thin gate that can cut through materials and create a seal. Not ideal for high-pressure environments, these valves are usually used for controlling flow of solids, including grease, oils, paper pulp, wastewater etc.

Also used for handling passage of solid materials and slurries, pinch valves have a linear motion. They usually feature an internal sleeve that helps isolate the material.

These are spring-automated valves used to help improve safety. They are useful for regulation in high-pressure environments.

Poppet valves are the valves you typically find in car engine cylinders. These valves are akin to a lid sitting on top of a pipe. At certain intervals, the lid lifts up to admit or release the liquid or gas.

These valves control the flow of fluid in hydraulic systems. They slide back and forward to get the fluid to flow in a certain direction or around a circuit of pipes.

When sorted by function, valves fall into the following categories:

Swing check and lift check valves come under this section.

Valves have many uses today, the most common being residential uses such as switching on and off and regulating pressure and water levels in dishwashers, washing machines, as also the taps in restrooms and wash basins. Valves are also used for commercial purposes such as controlling water for irrigation and industrial uses for controlling processes. Aerosol spray cans have small valves built in; additionally, they are also used in the military and transport industries.

While the above mentioned valves are typically used in industrial processes, makers - creators of new electronic and robotic devices and those who improve upon existing ones as part of their projects - usually use programmable solenoid valves.

What is a solenoid valve? First let us look at what solenoid means. The term is used to refer to a cylindrical coil of wire that acts as a magnet when electric current passes through it. So a solenoid valve is basically a valve in the form of an electrical coil (or solenoid) and it comes with a plunger inside which in turn is operated by an actuator (control system mechanism). The plunger is the movable part inside the coil and upon the passage of electricity, the creation of a magnetic field makes it close or open the valve. 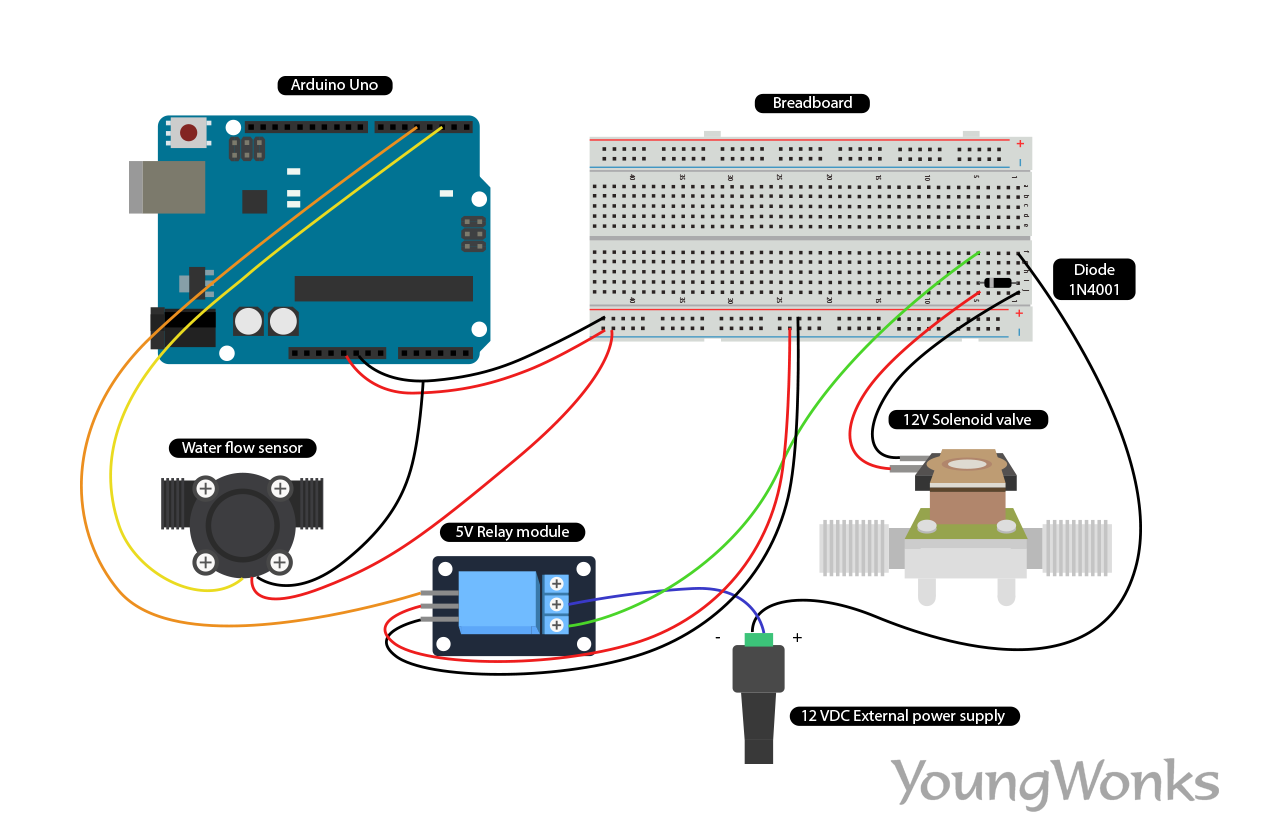 (*The Arduino can also be replaced with a Raspberry Pi or a Teensy based on the application.)

Solenoid valves can be AC (Alternating Current, electric current that reverses direction and changes its magnitude periodically) valves too except that DC solenoids are preferred because the latter are not subject to original peak currents, which can in turn lead to overheating and coil harm. That said, AC solenoids are chosen in environments where rapid response is needed since AC coils are faster and can manage greater pressures at first.

What is sklearn Logistic Regression Aug 14