What is a Web Application?

What is a web application, how does it work and what are its benefits?

In this blog post, we take a look at web applications, how they function, what sets them apart from regular websites and the many advantages of using them 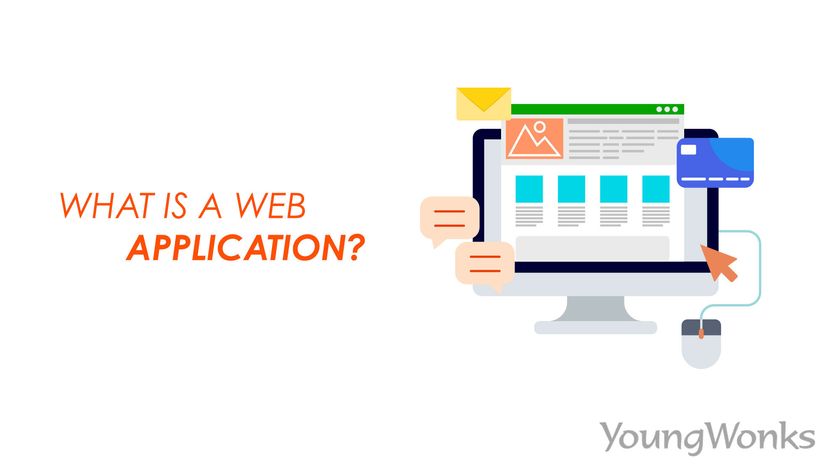 What is a web application? Most modern enterprises today - regardless of their local, national or global reach - have established their presence in the form of one, which is why it is more important than ever to know and understand what these web applications are and how they work. Indeed, companies using web applications to facilitate communication and the exchange of information is rather commonplace today. In this blog post, we discuss what a web application is, how it functions and its varied benefits.

What is a web application?

Unlike computer-based software programs that run locally on the operating system of the device, a web application, also known as a web app, is an application software that runs on a web server. Stored on a remote server and delivered over the Internet through a browser interface, web applications are programmed using a client–server model structure where the user or ‘the client’ is offered services through an off-site server hosted by a third-party. One can use a client program to run the web applications and access the data being sought; this is why web apps are often referred to as client-server programs.

Web applications are built for many purposes and can be used by anyone; be it an organisation or an individual. Webmail/ email programs such as Gmail, Yahoo, online retail sales/ e-commerce shops, online banking, online forms, shopping carts, word processors, spreadsheets, video and photo editing sites, file conversion sites, file scanning sites, online calculators and online auctions are some common examples of web applications. Some web apps can be only accessed only through a particular browser, but most are available across different browsers. It is important to note here that not all websites are web applications. However,  those which have similar functionality to a desktop software application, or to a mobile app are referred to as web applications.

Interestingly, one of the first web applications to be developed was a server-side Unix scripting language known as Perl. Developed in 1987 by Larry Wall, it was useful for processing reports. Of course since then, web applications have undergone many changes; the ones available today are way more sophisticated and indispensable for personal and business use. Thanks to major improvements in security and technology, traditional software based applications and systems can be remarkably enhanced by migrating them to a web based application.

Web apps and native apps - applications developed specially for a particular platform or device and installed on the said device - are not mutually exclusive. The latter are known to use device-specific hardware, such as a GPS or camera on a mobile native app.

And programs combining the aspects of both native and web apps are often called hybrid applications. Hybrid apps function in a manner similar to that of a web app except they are installed on the device like native apps. Hybrid apps can also make use of device-specific resources with the help of the internal APIs. Also, while downloaded native apps can operate offline at times; hybrid apps don’t have this ability. A hybrid app has navigation elements similar to that of a web app.

What are the main differences between a website and a web app? In this section, we shall look at a few of them…

A website is a collection of static, interlinked and globally accessible web pages that can be viewed on a compatible browser and it shares information with the user/ viewer through text, images and videos. Meanwhile, a web app is a software program that has interactive content and other elements in order to engage with the users and it is this quality of user interaction that decides the value or usefulness of a web application.

Websites have the option to integrate with a third party, plus the process is fairly simple. However, the complex functionality of web apps means integrating with third-party software programs and online tools is way trickier. And yet it is needed for data collection, storage and processing.

A website can be immediately accessed and viewed on a web browser, although one cannot interact with it. In the case of a web app, one has to download and install it on one’s device, following which one can access, interact with and manipulate the data.

A website does not need user authentication from its visitors, at the most it can prompt them to sign up for updates or its newsletters. A web application, however, will typically need to authenticate the user before sharing access.

After a website is updated, the updates are immediately visible to the visitors. Whereas a web application needs to be upgraded and to do so, one needs to visit its website or an online app outlet and download the new version on one’s device (be it a mobile or a computer). After this, one has to install it on the device in order to use the latest features.

How a web application works

Web applications can be easily accessed through web browsers such as Google Chrome, Mozilla Firefox or Safari. For the web app to function, the following things are needed: a web server to handle requests from the client, an application server carries out the tasks requested and a database to store the information.

Shared below are the steps that show how a web application typically works:

Usually, web applications have short development cycles and can be made with the help of small development teams. JavaScript, HTML5, or Cascading Style Sheets (CSS) are used for front-end / client-side script and Python, Java, and Ruby are server-side scripts since they are used for back-end programming.

Web applications have many different uses and many potential benefits. Let us look at them below.

Web applications are typically way more compatible across platforms when compared to traditional installed software. It doesn’t matter if your device is a desktop, laptop or a mobile; neither does the OS make a difference. One can use Windows, Linux, iOS or Mac OS and can still run the web application. Moreover, multiple users can access the same version of the web application. Indeed, web apps don’t need to be installed and can be accessed through multiple browsers - right from Google Chrome and Safari to Firefox and Internet Explorer.

Unlike traditional software development systems, web application development systems only have to be installed on the server, which means very few requirements are made on the end user workstation. It is much easier and simpler to maintain and update the system.

Thanks to easier manageability and good cross platform support, it is a lot easier to deploy web applications for any platform in any type of work environment, including in situations where the bandwidth is limited and the system and data are remote to the user. Here the developer just needs to send the user a website address to log in to and give them internet access. Thin in turn is very beneficial in terms of streamlining processes and bettering relationships by offering access to customers, suppliers and any third parties.

Larger and complex systems have more data, separate systems and data sources. In web apps, these systems and processes are often merged and consolidated and with access to data and back end servers removed, there’s an extra layer of security.

Web applications have a simpler architecture as compared to their traditional software counterparts, and thus they can typically make do with reduced support and maintenance. They also demand lower requirements on the end user system.  This translates into lower costs, especially when processes are streamlined.

In terms of drawbacks, web applications do depend on the internet, and since they are directly linked to a web browser, the app size tends to increase thereby negatively affecting the performance of the web application. A large web app performs considerably slower than a native desktop app.