What is a Widget?

What is a widget, how does it work and where is it used?

An introduction to widgets, how they work, where they are used, their advantages and more… 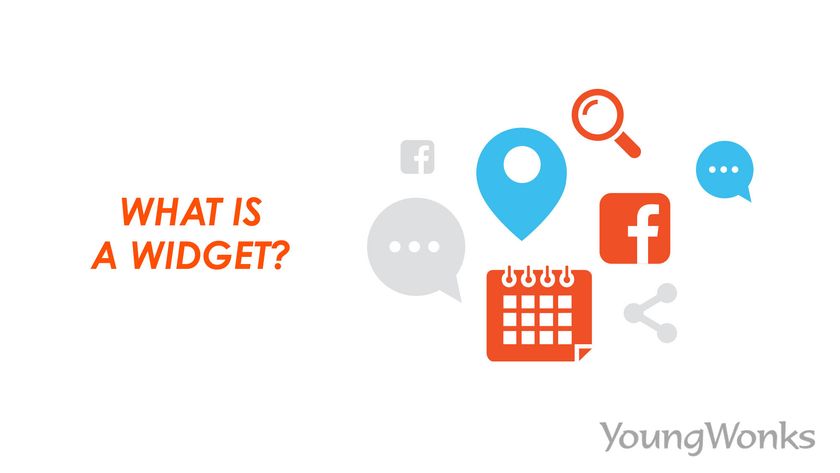 What is a widget? Both laptop/ desktop and mobile users must have come across this term: widget. So what is it? In this blog, we take a look at what the term means, what are its uses, how it operates and more.

What is a Widget?

A widget is a broad term used to allude to either a GUI (graphical user interface) element or a small application that can show information and/or interact with the user. A widget can be as basic as a button, a label, scroll bar, label, dialog box or even check box. It can also be something more complex, say, a search box, a pull-down menu, a panel, an option button, a small map, clock, visitor counter or unit converter.

So in computing terms, the word widget refers to both the graphical part with which users interact with, and the code making the widget work. This term shot to popularity once operating systems began supporting GUIs. It was used to refer to elements that made up an application’s GUI. In fact, it was used first in the context of UNIX -based operating systems and the X Window System.  In Microsoft’s Visual Basic, they were also known as controls. A web widget, meanwhile, is a web page or web application that is embedded as an element of a host web page but it is typically considerably independent of the host page, having little or no interaction with the host.

Today, in object-oriented programming (OOP), each type of widget is defined as a class (or a subclass under a broad generic widget class) and is always associated with a particular window. Most application development languages today, including Java, come with a ready-made library of widgets that a programmer can incorporate and make amends to.

All of the above means that in essence, a software widget is a relatively simple and easy-to-use software application or component of an interface made for one or more software platforms enabling them to perform a function or access a service. These apps are typically placed in the sidebar of blogs or websites and installed by just copying and pasting code from the widget provider’s site to one’s own site.

Both app or website makers/ providers and users stand to gain from the use of widgets as they make the user experience of a website or a web page very smooth and convenient. Today, most OSes come with ready-to-tailor widgets that a programmer can include in an application, deciding how it will behave. Plus, many widgets have been adapted for use on mobile devices, iPads and tablets too. In fact many are designed just for smartphones - both iPhones and Android ones - while others act as a site extension for websites that cannot be accessed by mobile users.

Why Widgets are Used

The purpose of a widget is rather simple. It is an extra incentive for a business or brand to win customers and continue enjoying their loyalty. In addition to being implemented to carry out a particular function, one can also use widgets to boost customer engagement and promote advertising for the business.

Most of them appear as a pop-up window or dialogue box, acting as purveyors of reminders, notifications and even countdown timers for the users who can see them quickly at a glance. They are usually found on the user’s desktop or notification center in the form of an icon. Virtual convenience is their main offering and that’s how they win users over.

Other examples of widgets include button options for email marketing / sign ups/ subscriptions, social media buttons, booking and calendar widgets, weather widgets, customer service through live chats, search bars for websites, functionalities for community (for example, word of the day), comments and forums, plugin editors and online forms. New widgets can be added rather easily - be it Android widgets or iOS / Apple ones.

There are several advantages of using widgets. Some of them are:

Widgets are easy to understand by people across the world. Often they are also free to download and install which makes them highly accessible.

Widgets are mainly used to provide an enhanced user experience and drive discovery of certain features which you wish your users/ customers to know about.

A better user experience will, in turn, help increase website traffic and the time spent on your website thereby helping your business grow. Better data collection and analysis: Increased user interaction on the website will also help one collect data about one’s customers and potential new customers. This data can now be factored in while making key business decisions.

However it is important to bear in mind that many widgets do not have security protection or antivirus which can pose greater problems in that these widgets can be hacked, thus giving out information from the phone and causing serious damage to the user.

Difference between Widgets and Apps

It’s easy to mistake a widget for an app and to avoid that, we list below key differences between the two:

1. For starters, apps are programs running on a mobile phone or a desktop, created with the goal of carrying out a specific task. Widgets, on the other hand, are small apps that are made to perform a particular function on the move. They are mainly created to make commonly used functions handy.

2. While starting a task on an app, one has to click on the app icon and wait for the app to open after which one can begin. Whereas with a widget, this is not the case. This is because widgets are essentially apps that are active by default.

4. Visibility is another difference: Apps are visible to users as icons and upon exiting the app, users can still see the app running in the currently running apps window. Widgets being active all the time stay invisible.

5. To use an application one has to download it from a play store or an app store. For widgets, there is no need to download them since they are typically built into the phone or device in question.

6. Another important point is that device users can customize widgets as per their choices and requirements, whereas this much flexibility is not available in case of apps.

7. Apps can have multiple purposes / carry out multiple tasks to perform while widgets usually have a single task to do.

The bottomline is this: widgets are quite useful but they can’t make up for poor design and content. So make sure your website is not lacking on and you’re not adding widgets just for the heck of it. Else they will just translate into unnecessary clutter.