Why Girls Must Learn Coding

Girls Learning Coding: The Need of The Hour 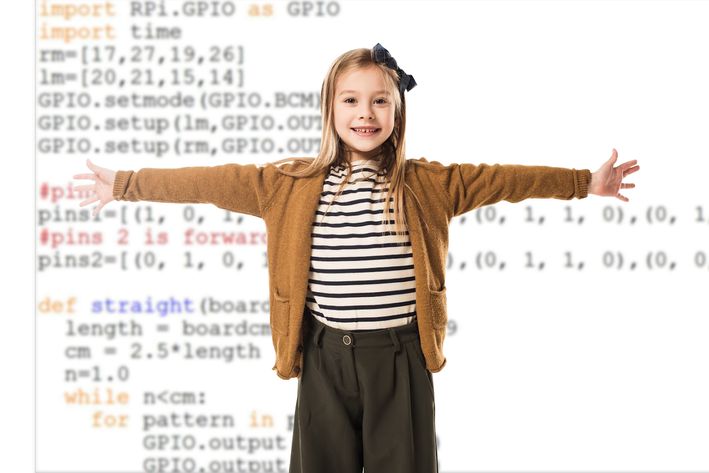 Girls learning coding is not a new phenomenon; recently, even Afghanistan got its first batch of female coders, who went on to design a video game to protest against opium production. But the truth is that across the world, programming is nowhere as popular among girls as it needs to be. Which is why it is important that more girls learn coding in today’s world.

To begin with, it’s the one of the main ways (in addition to creating a conducive work environment) to address the problematic gender gap in coding. Even today, the number of women in STEM fields across the world leaves a lot to be desired. The US too, despite being better than several countries, has a not-so-impressive record. According to a report by Catalyst, a global nonprofit organization promoting inclusive workplaces for women, just 25 percent of the American STEM workforce was represented by women in 2016. The same year saw a mere 20 percent women in the fields of software development, applications and systems software and just 9.7 percent of women work as computer network architects in the US. This appalling gender disparity in computing can be traced to, among many other reasons, the fact that fewer American women are earning STEM degrees, with the exception of life sciences. For instance, in 2014-15, the overall percentage of women pursuing bachelor’s degrees in STEM was 35.1 percent.

It is clear then that girls, much like their male counterparts, need an early start in STEM or for that matter, even STEAM (Science, Technology, Engineering, Arts and Maths), which aims to integrate STEM subjects into various relevant disciplines. This, in turn, can be achieved by highlighting the many reasons for girls to learn coding.

Why Girls Should Learn Coding:

It has been observed that one of the main reasons that girls don’t learn coding is the popular belief that they don’t have the same aptitude for it as the boys. Thankfully, this kind of “neurosexism”, which lays thrust on alleged neurological differences between boys and girls, is now being challenged more aggressively than before. Experts are pointing out how more often than not, this perceived intellectual disparity between boys and girls is the result of our social conditioning.

In a 2016 interview with The Guardian, Ally Watson, who founded the Melbourne-based organization Code Like A Girl, shares how learning programming is no harder than learning to play a musical instrument. “When you start playing, you won’t be very good and you won’t be able to build apps and websites straight away and so a lot of people are deterred by that. But form a band, find other coders who are like you and code together and create a study group. You practise together and it is fun and it is sociable,” she says in her interview.

As the parent of a girl coding student, Contos agrees that coding lessons for girls are very helpful. “Giving young girls early exposure to coding simply punctuates that there are a great many things they can do with their lives, including coding, if they choose. My daughter joined YoungWonks at age 10 and now at almost 13 years of age, she is already looking into universities and careers on her own. Wanting to pursue engineering, she is competing in robotics competitions,” he says.

Often, young women and girls turn skeptical about tech careers when they compare their skills to boys who have already been exposed through gaming and robotics. YoungWonks Coding Classes for Kids’ student Zoey confesses that once she knew the basics, coding became a lot more interesting. “I enjoyed the projects where I was able to program LEDs, sensors and robots. Over time I found that I could do some really cool things and that made me want to learn even more,” she points out.

With the rise of organizations supporting women in computer science -- Girls Who Code, Girls Develop It are a few that promote coding for girls/women -- looks like there is light at the end of the tunnel, after all. A Catalyst report says that in 2016, women on corporate boards (16 percent) were almost twice as likely as their male counterparts (9 percent) to have professional technology experience among 518 Forbes Global 2000 companies. The year also saw women make up more than a third (40.1 percent) of scientists and engineers in the EU-28, an increase of more than 20 percent since 2007.

To sum up, one of the best outcomes of learning coding is how it can allow women/ girls to bend the stereotype that males can do technical tasks better. Learning coding then is your way of changing the narrative. Like Zoey says, “Before joining YoungWonks, I had no idea how to code or how programming worked. Now I’m writing programs and building robots. So yes, I think everyone should learn coding, boys and girls. Given the opportunity to learn coding, girls can not just be great at coding but can do anything in STEM if they work hard.”

Below is the video featuring YoungWonks girl students and parents sharing their take on Why Girls Should Learn Coding: