What is Image Processing? How do we use OpenCV and Python to process images and videos? Read our blog to learn more...

This blog is a step-by-step tutorial on how to use OpenCV and Python to read, process, manipulate and transform images and videos. 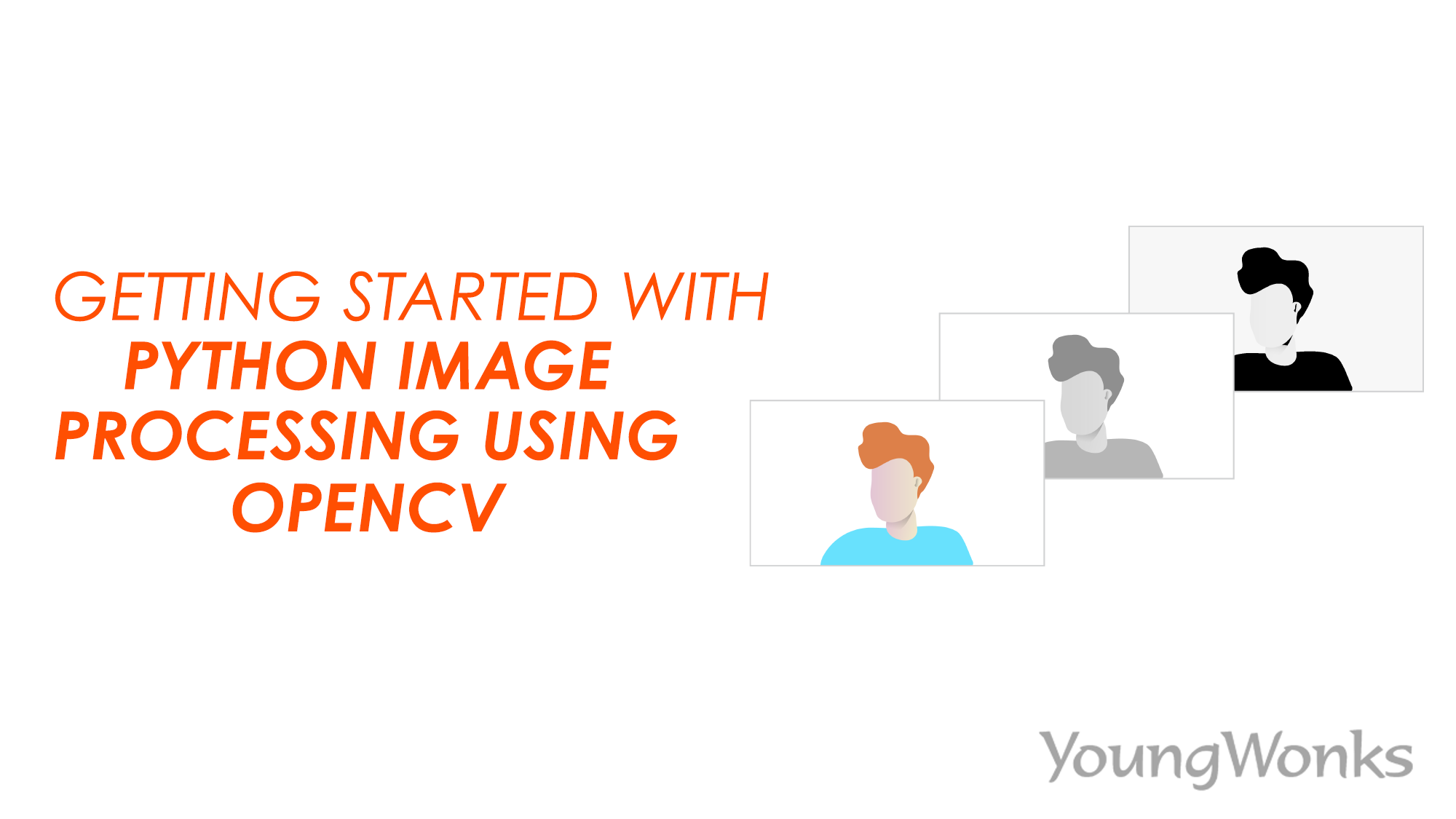 What is Image Processing?

Images contain a lot of necessary information which can be useful in many ways. Image processing is a technique used to get such information from images. Image Processing is a preliminary step to pre-process an image in order to get the data required to build machine learning and artificial intelligence algorithms. It is a core part of computer vision which helps us transform and manipulate images and extract information from them. This information is stored in the form of data.

Python is one of the widely used programming languages for this purpose since it has many libraries which can directly be used to pre-process images efficiently. Using Python programming we can use a few computer vision libraries for this task for example Pillow, OpenCV, SimpleCV and Scipy. We are going to look into OpenCV library for image pre-processing in this blog.

OpenCV stands for Open Source Computer Vision. It is a popular tool used for image processing tasks in different applications. This open-source library is used to process images and videos for face detection, object detection, as well as human handwriting. OpenCV is supported by many programming languages such as Python, C++ and Java. We will be using Python in this tutorial to demonstrate the use of OpenCV library for image processing. To understand more about the what is OpenCV, where it is used and its advantages, refer to our blog on What is OpenCV using the link given below:

Make sure to have a Python IDE pre-installed. Refer to our blog on "pydataset - a Python dataset library" https://www.youngwonks.com/blog/pydataset-a-python-dataset-library to find the steps to install the latest Python 3 version in case you don’t have it installed. We will also need the numpy library to be installed.

You will also have to know the basics of Python programming language.

OpenCV is compatible in Windows, Linux and Mac. When an image is read using OpenCV, it is represented using an numpy array. 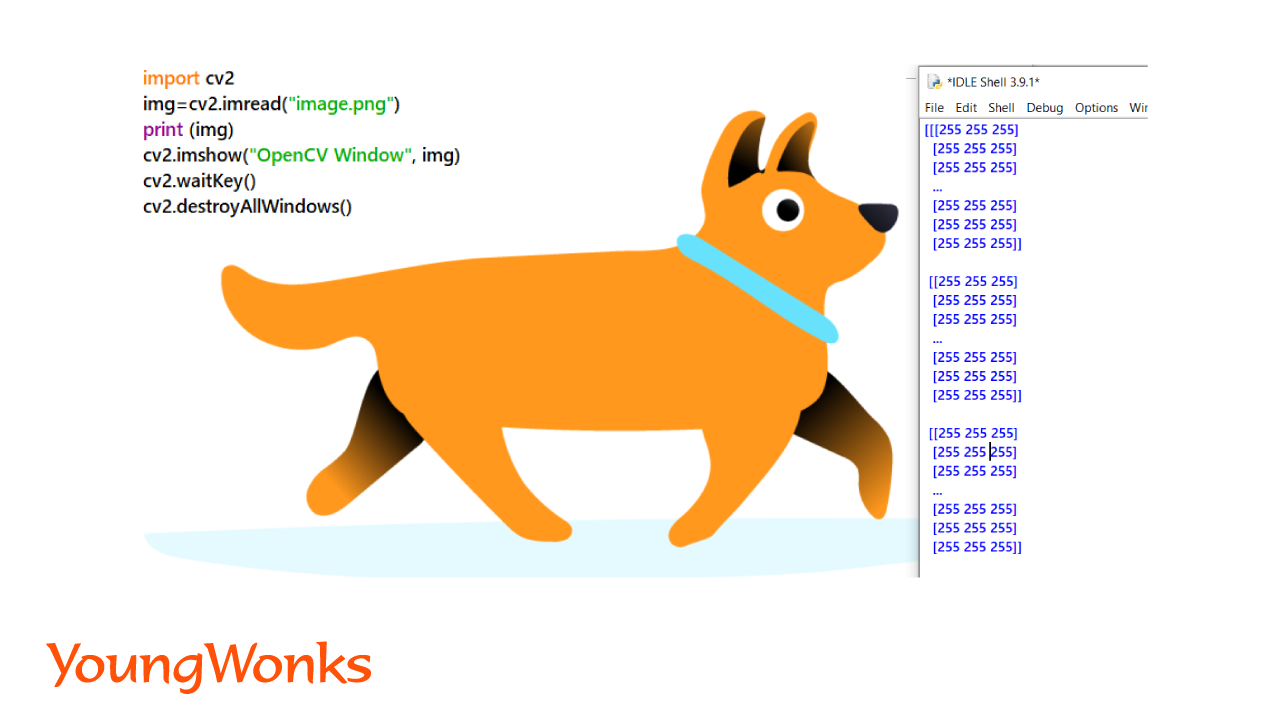 In the code given above,

Video is a bunch of frames which shows up very fast one after the other. Frame is an image which forms a single instance of a video. Frames show depending on the frame rate which is in frames per second(fps).

In the code given above,

b. Capture video frame from external camera connected to desktop/laptop:

In the above given code, n in the argument refers to the port number of the external cameras. It’s an array with indices pointing to the different available cameras. 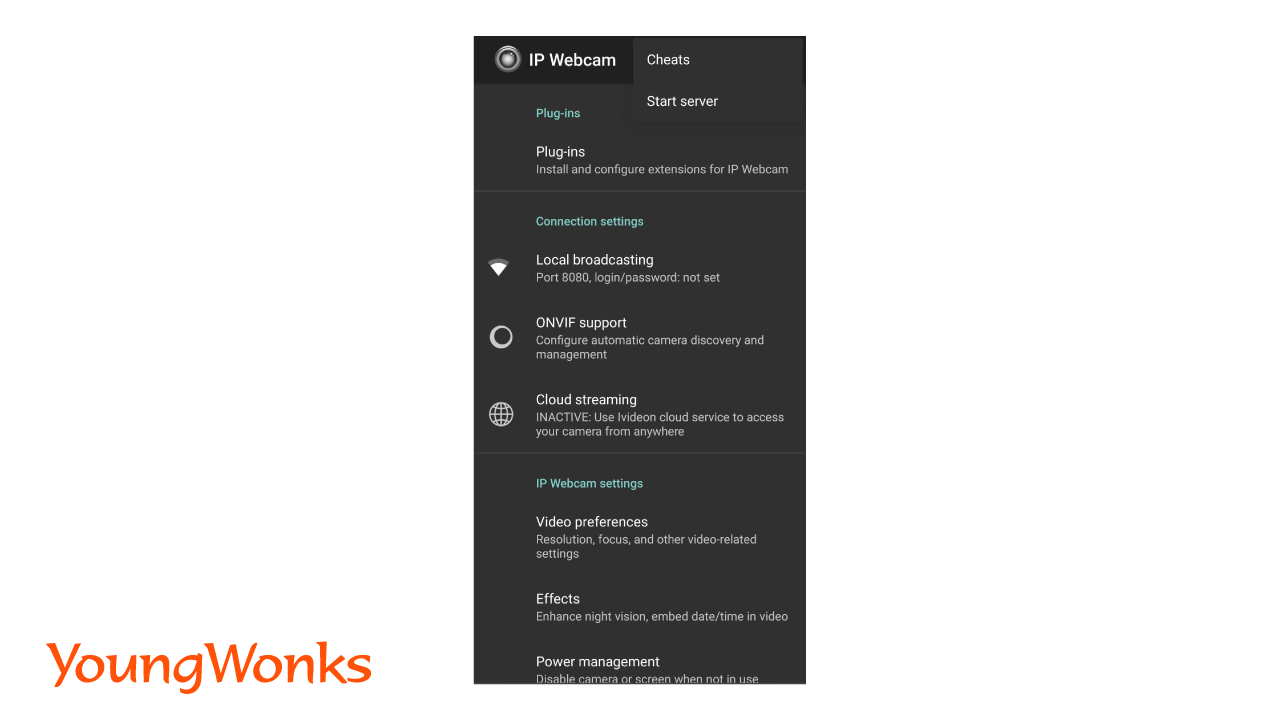 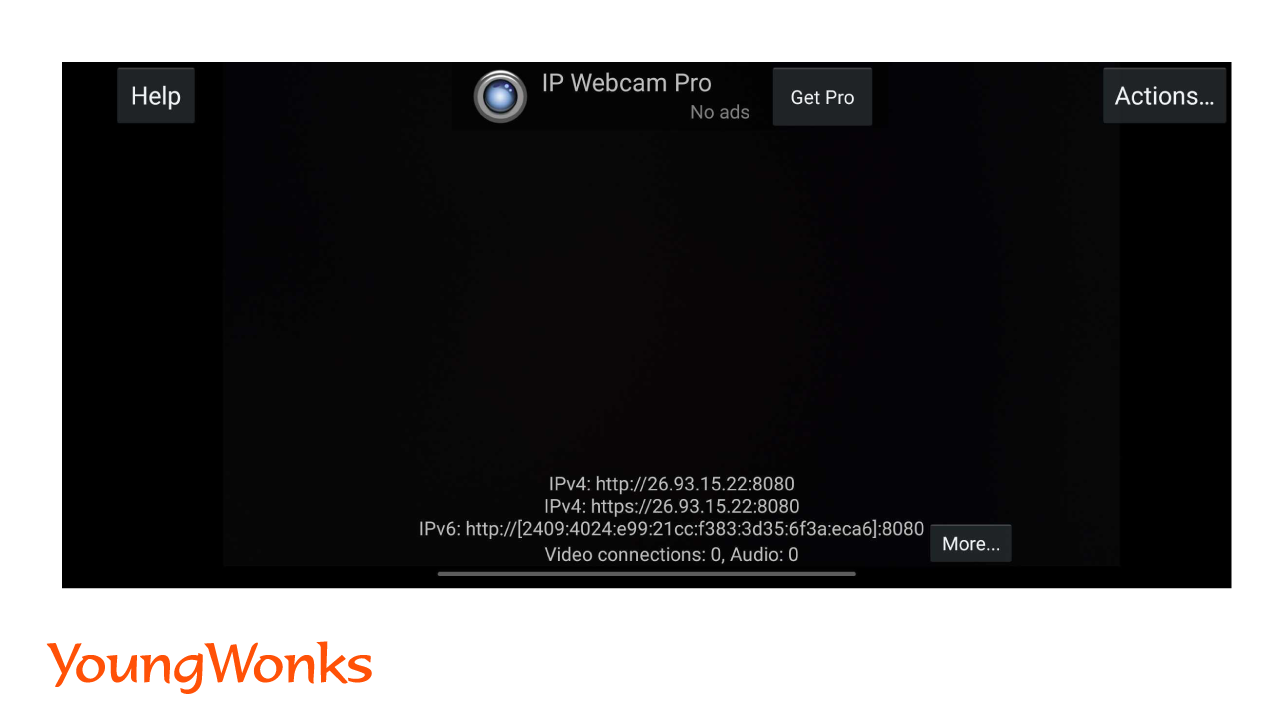 In the above given code, 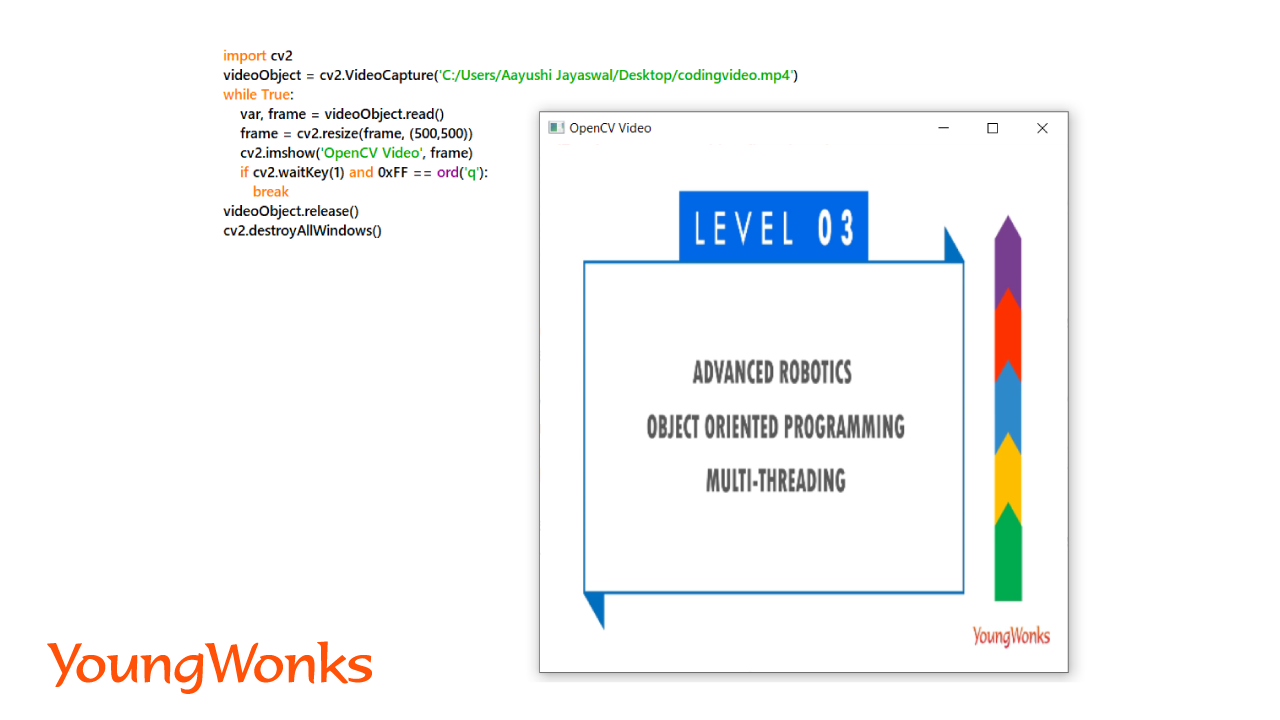 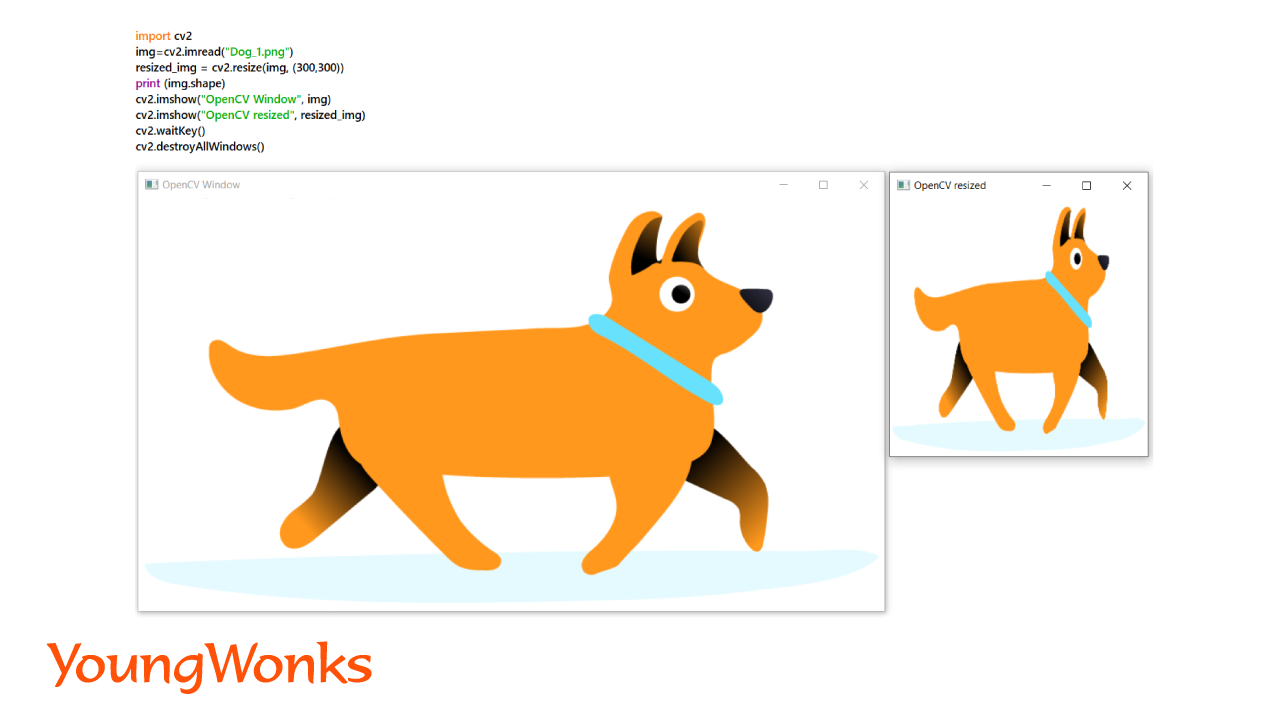 Here, we are going to learn how to change one color-space into another.

a. Read the image with BGR color:

b. Read image as grayscale: 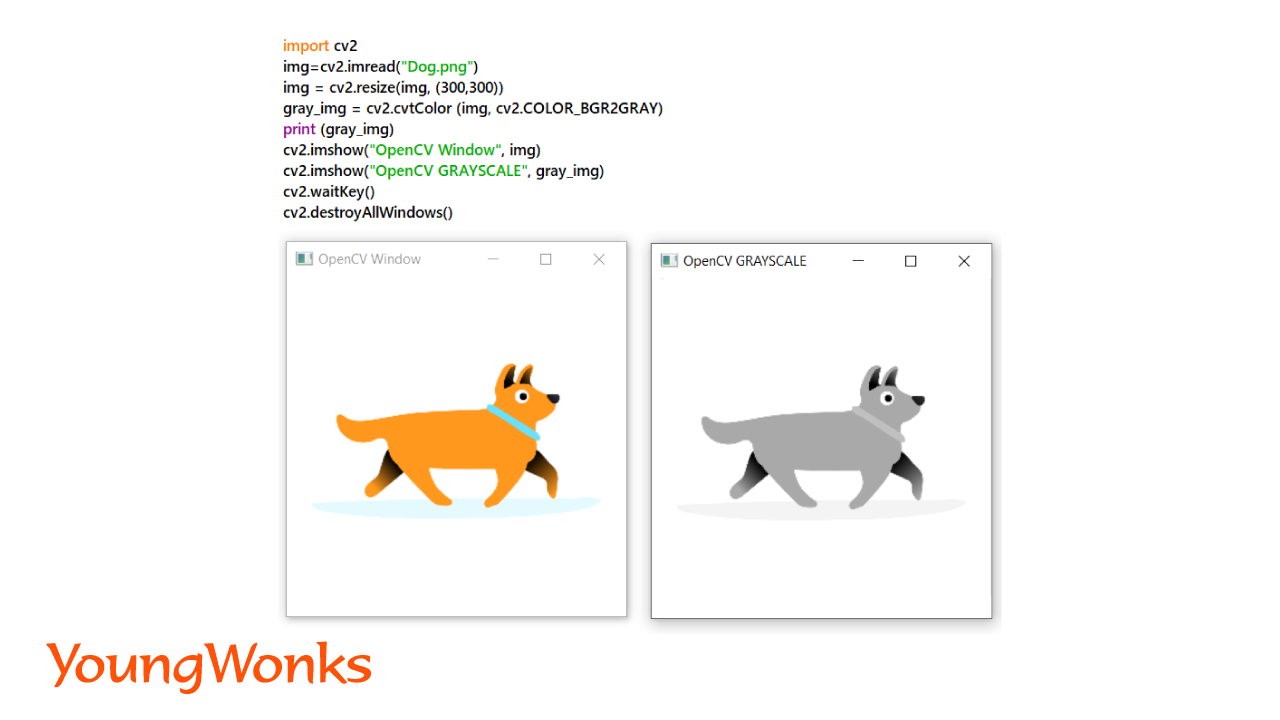 We can flip an image horizontally or vertically. 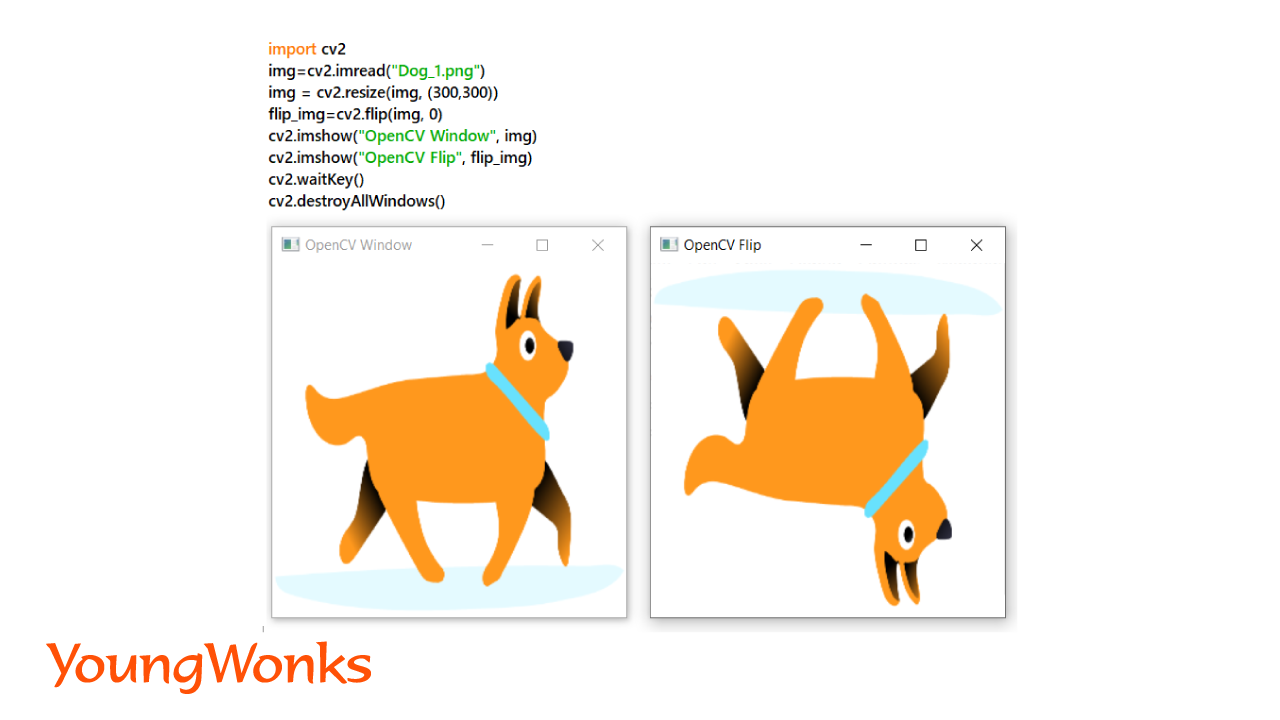 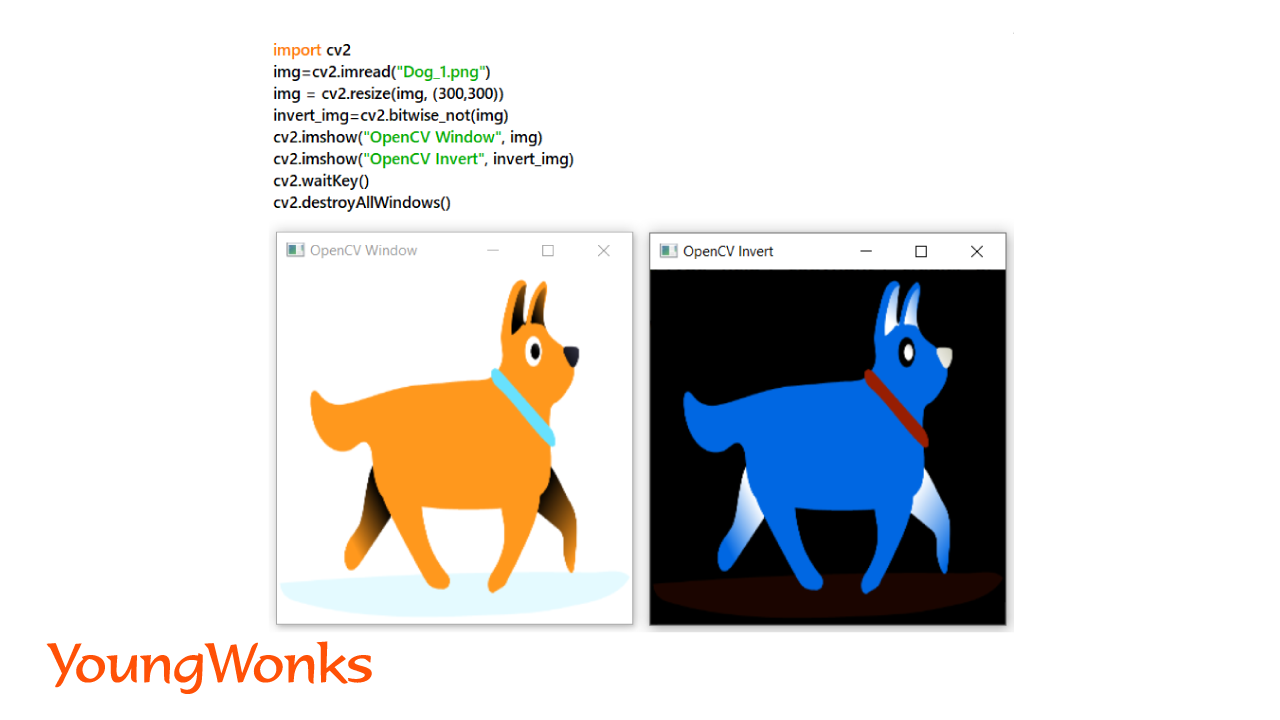 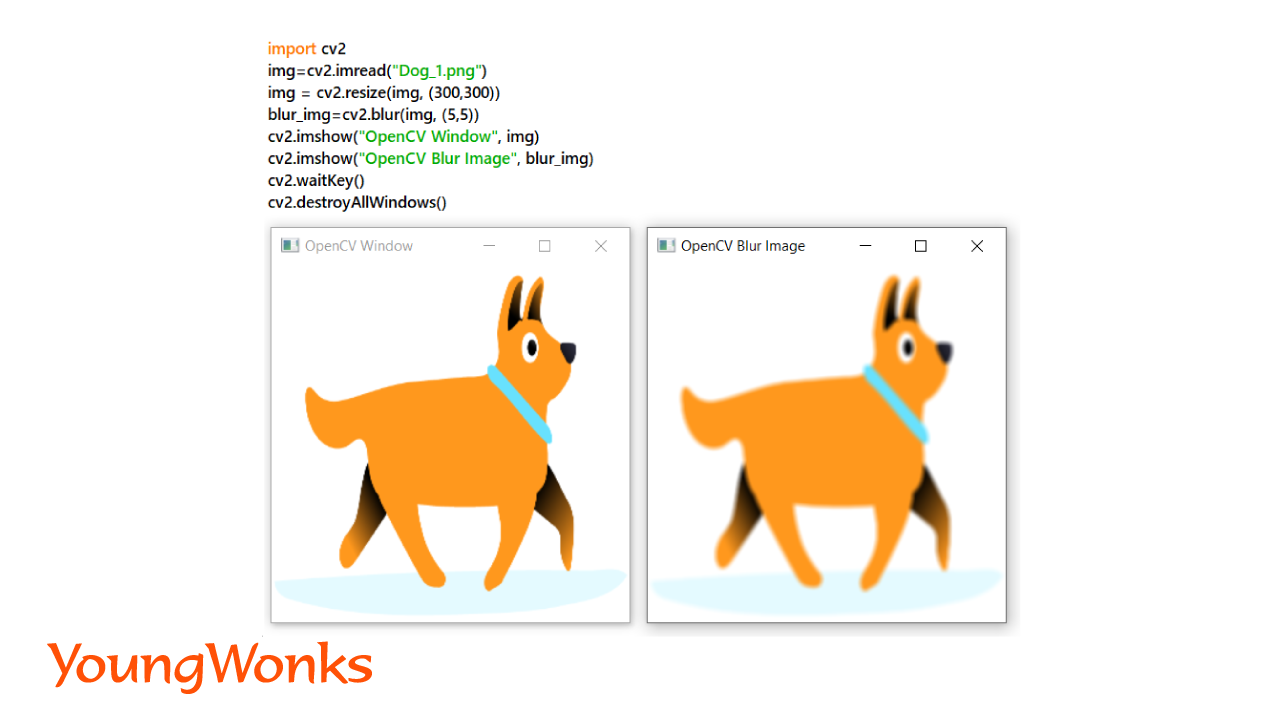 Apart from the basic transformation, OpenCV contains advanced transformation techniques which is useful before we perform edge-detection and thresholding. These are the morphological operations. These are applied on the structural elements of an image which makes changes to the shape of the objects.

1. Dilation of an image: 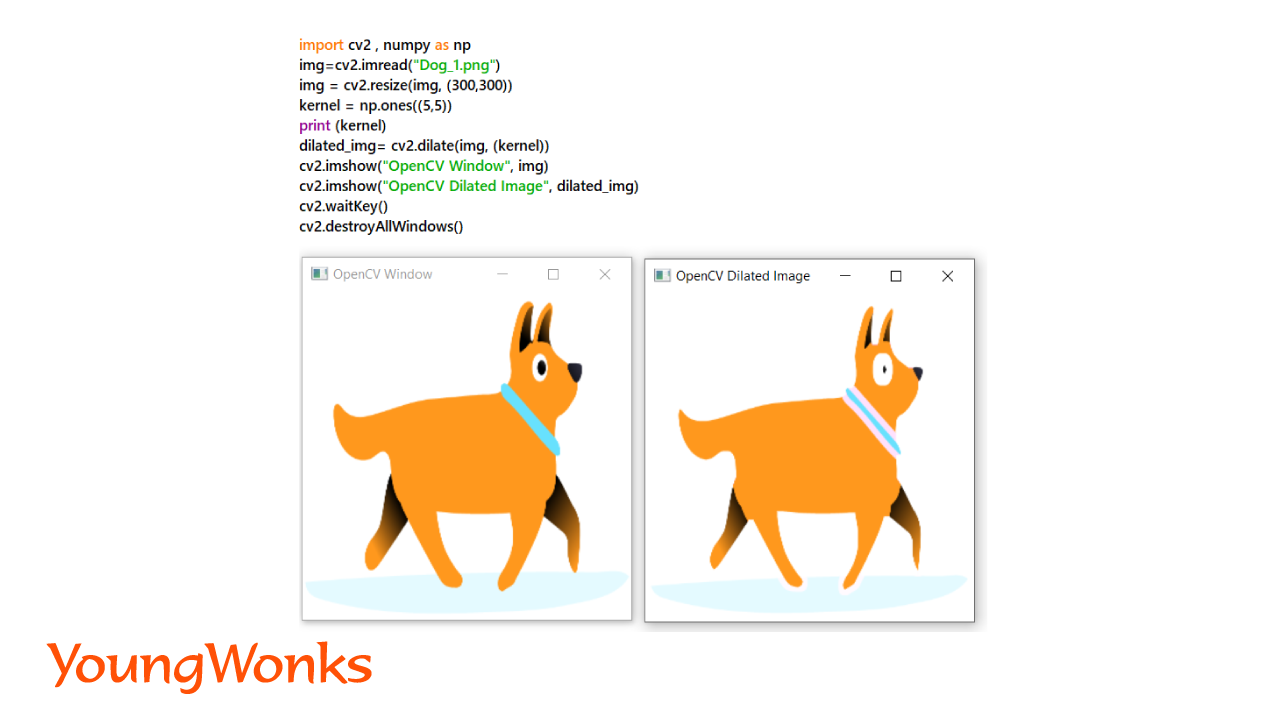 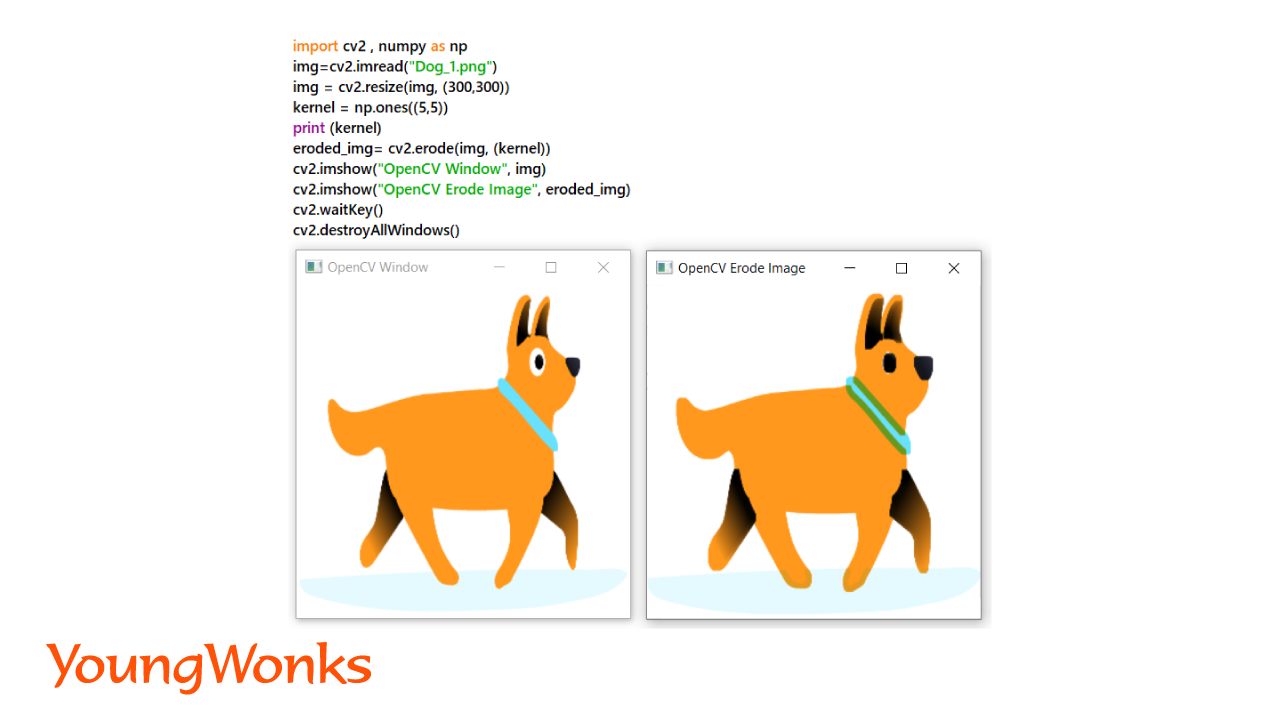 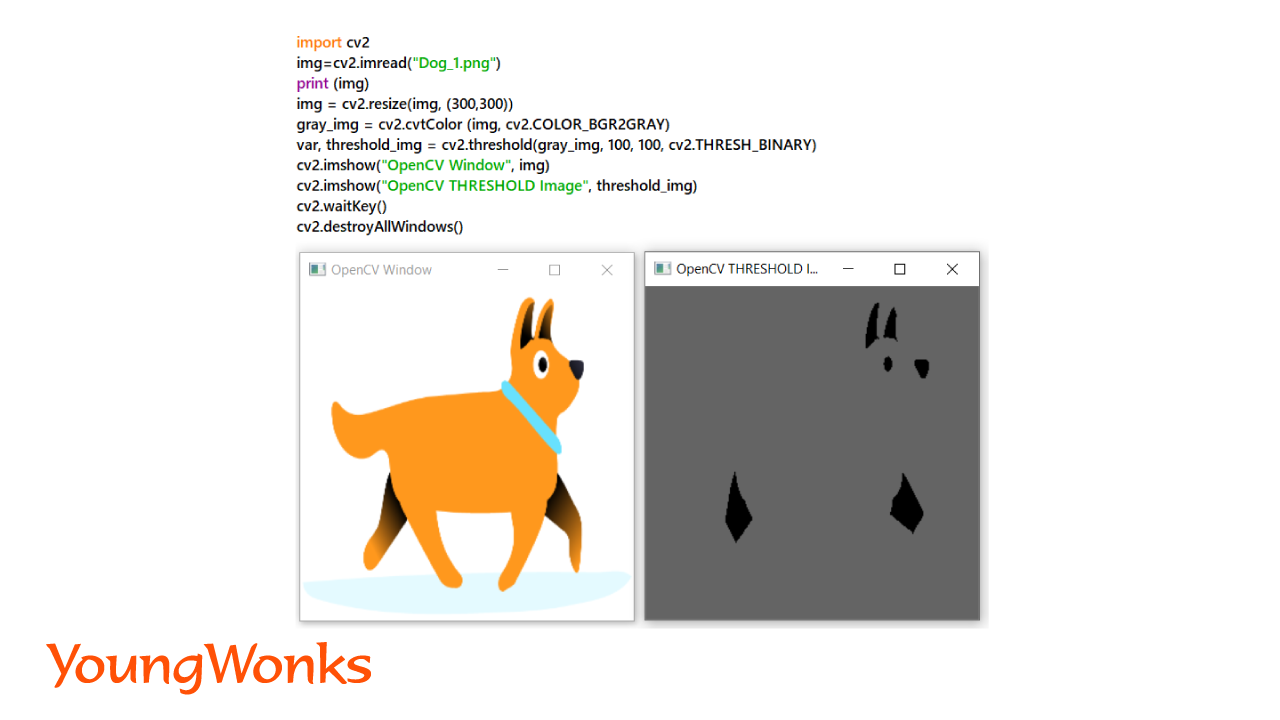 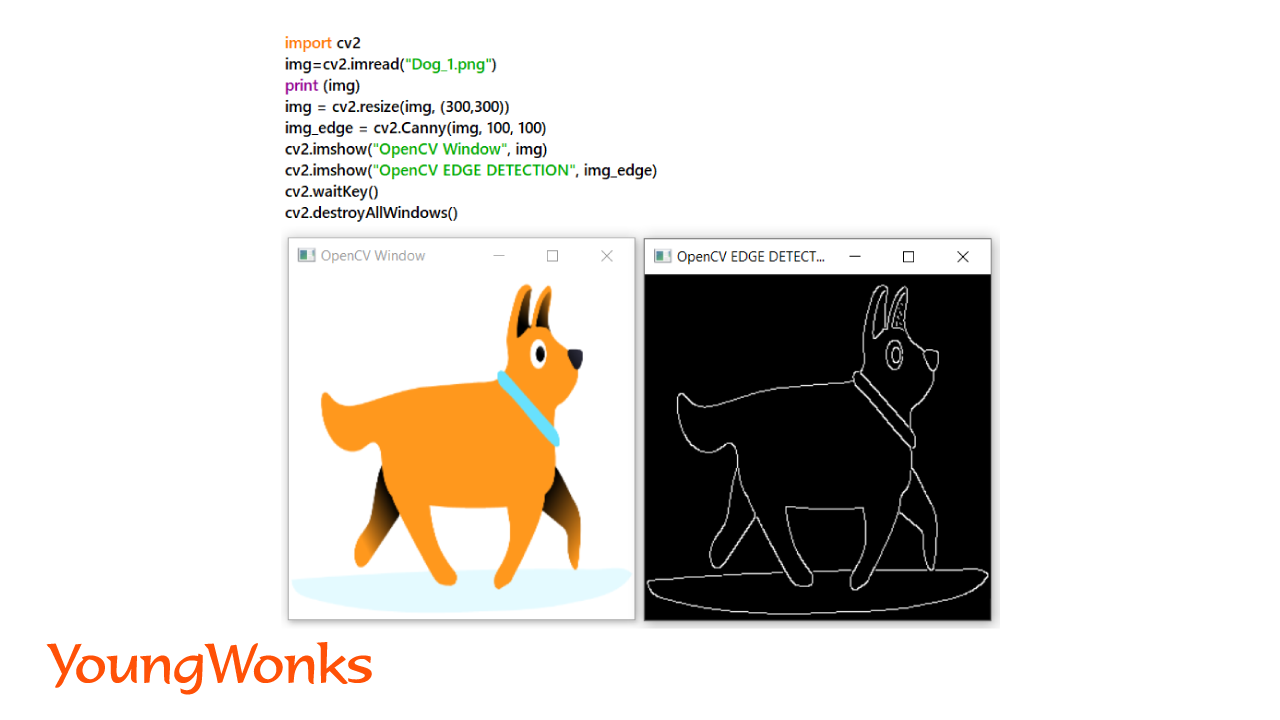 Writing images on to any device: 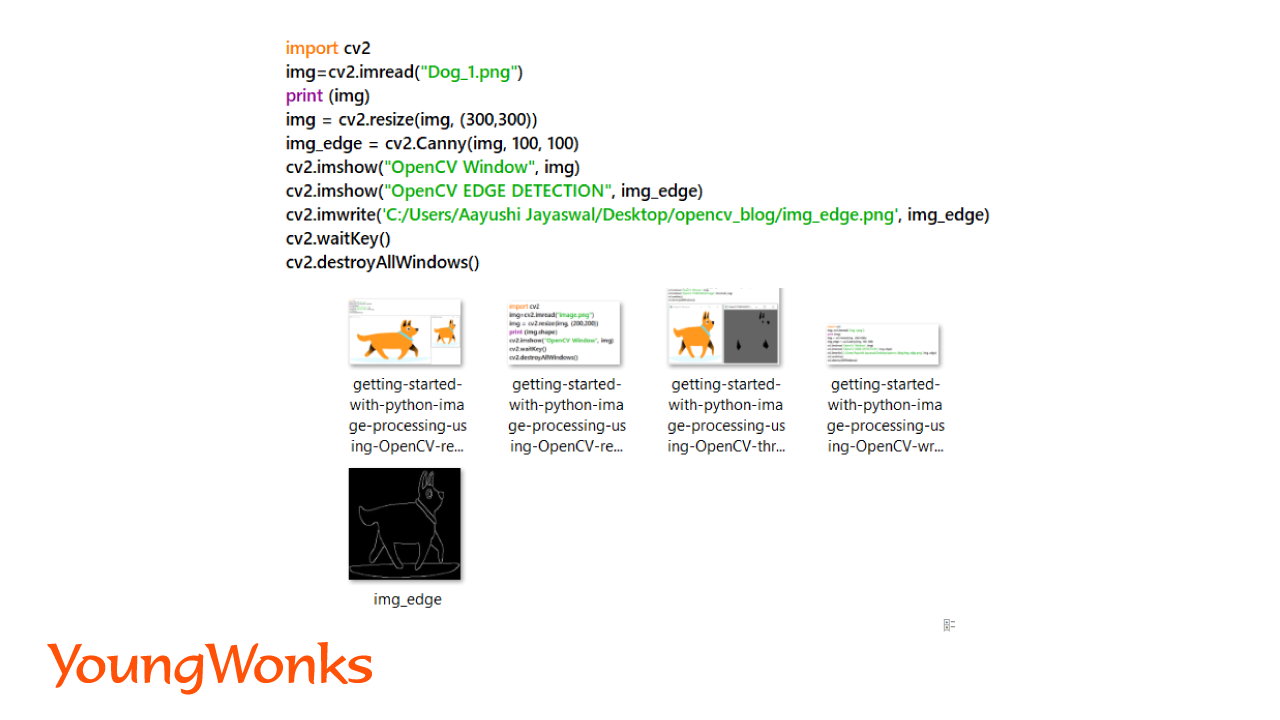 Saving the frames from videos: 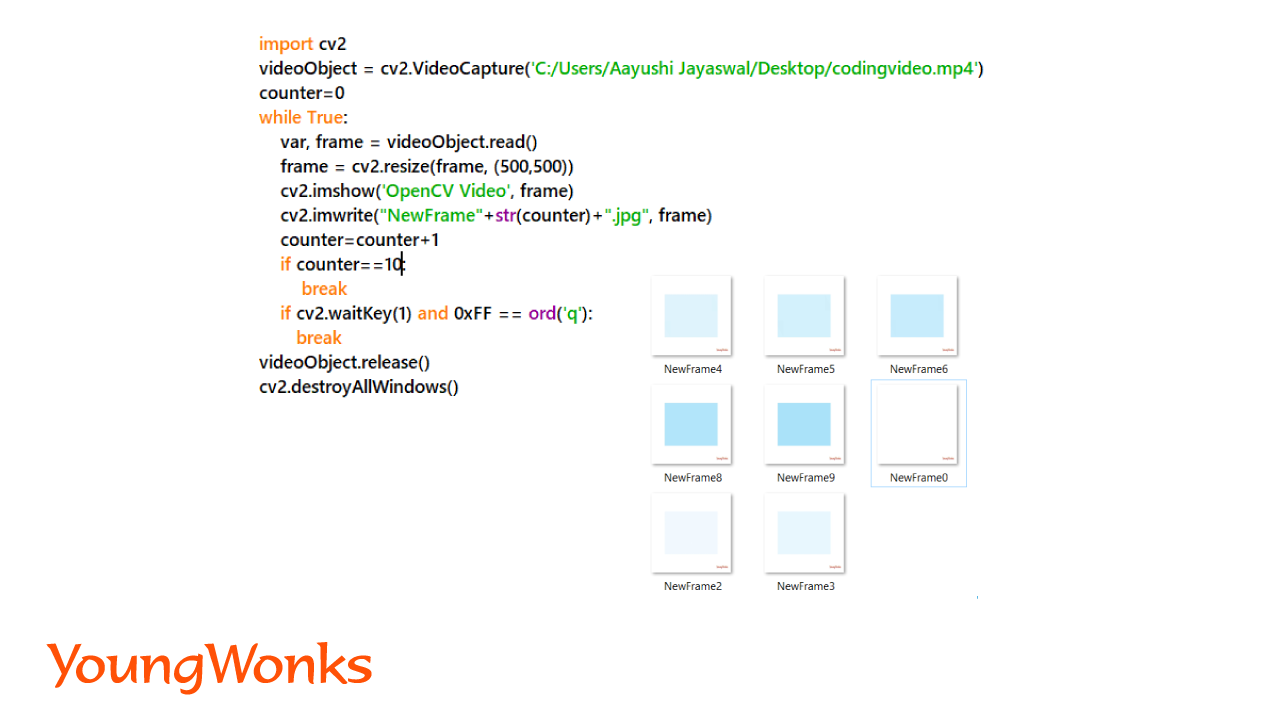 In the example given above, we are writing 10 frames of the video on our system.

You can also refer to the cheatsheet available on https://www.youngwonks.com/resources/opencv-cheatsheet

Image Processing is one of the very vast fields of data science. You can try out visualizing the color scales by plotting the numpy array point on a graph using matplotlib. Tensorflow is an open-source library which has many algorithms and models. These models allow us to perform deep neural networks for image detection or classification. After learning the basics of OpenCV, Tensorflow can be used to create machine learning models.

What is sklearn Logistic Regression? Aug 14