What are the differences between Java and JavaScript?

This blog describes how Java and JavaScript are different. 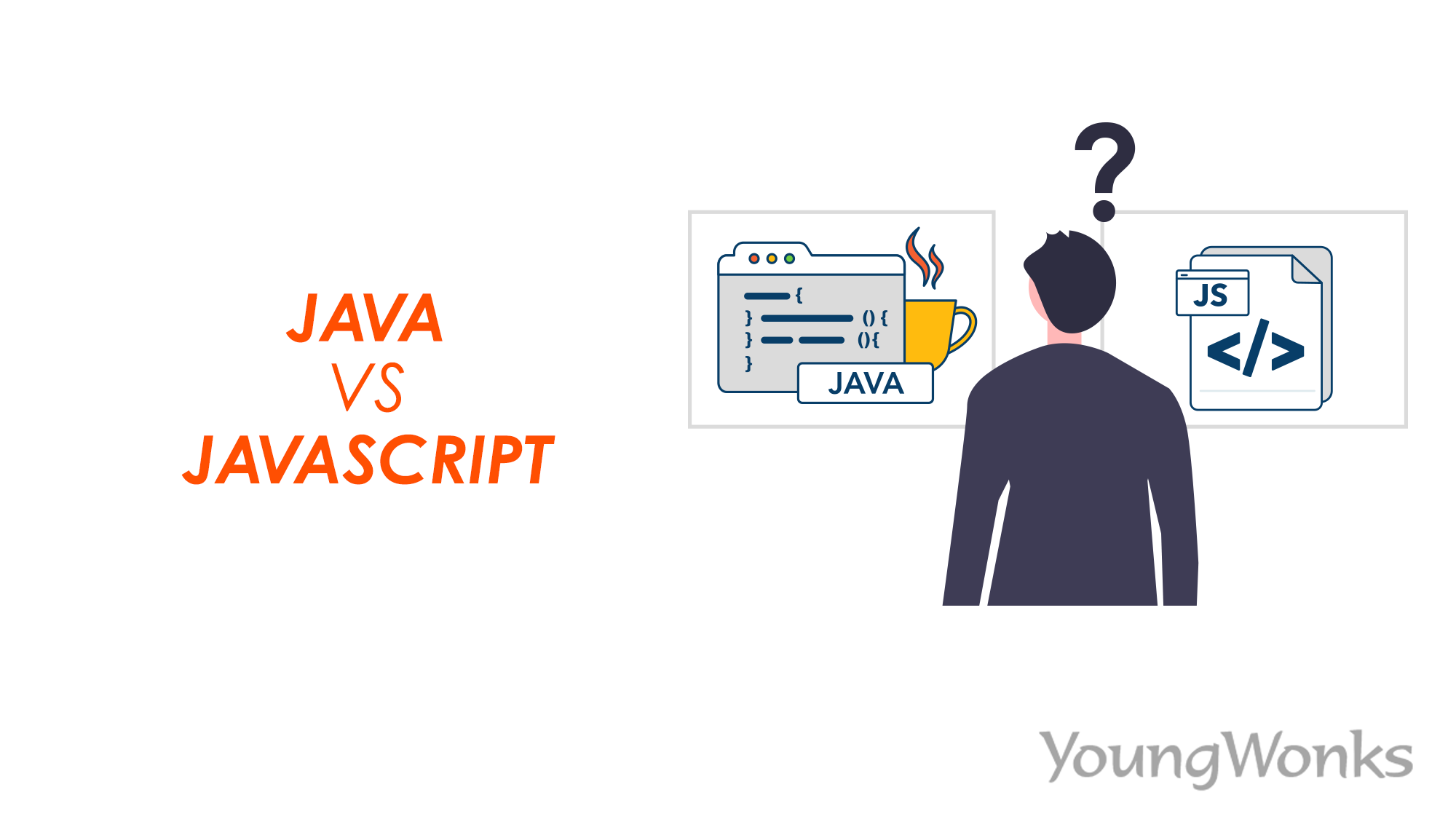 In this blog, we will discuss two of the most popular programming languages: Java and JavaScript. Whenever we search for programming tutorials on the Internet, we always find these two languages and many of us get confused if they are the same. Probably, you are one of them and hence landed on this Java vs JavaScript blog that will help you understand their similarities and differences. We will start from the very basics and then move to advanced concepts in each of these programming languages. To read this blog in brief, you can also refer to the cheatsheet available on https://www.youngwonks.com/resources/java-vs-javascript

Java vs JavaScript: Compiled or Interpreted

Java, founded by James Gosling, appeared in May 1995. The first Java compiler was developed by Sun Microsystems. In case you are wondering what is a compiler, let’s understand how Java works.

In contrast to Java, this programming language had no compilation step. JavaScript code was interpreted at run time by the web browser so that the code executed line by line to show the results immediately. However, with time, performance became an issue. For example, if you were calling a function in a loop, it could get really slow. To fix performance issues, browsers now use JIT compilers for just-in-time compilation. JavaScript is still considered an interpreted language since the compilation is handled at run time not ahead of time.

Every Java program must have its code organized in classes. Look at a very basic Java program: 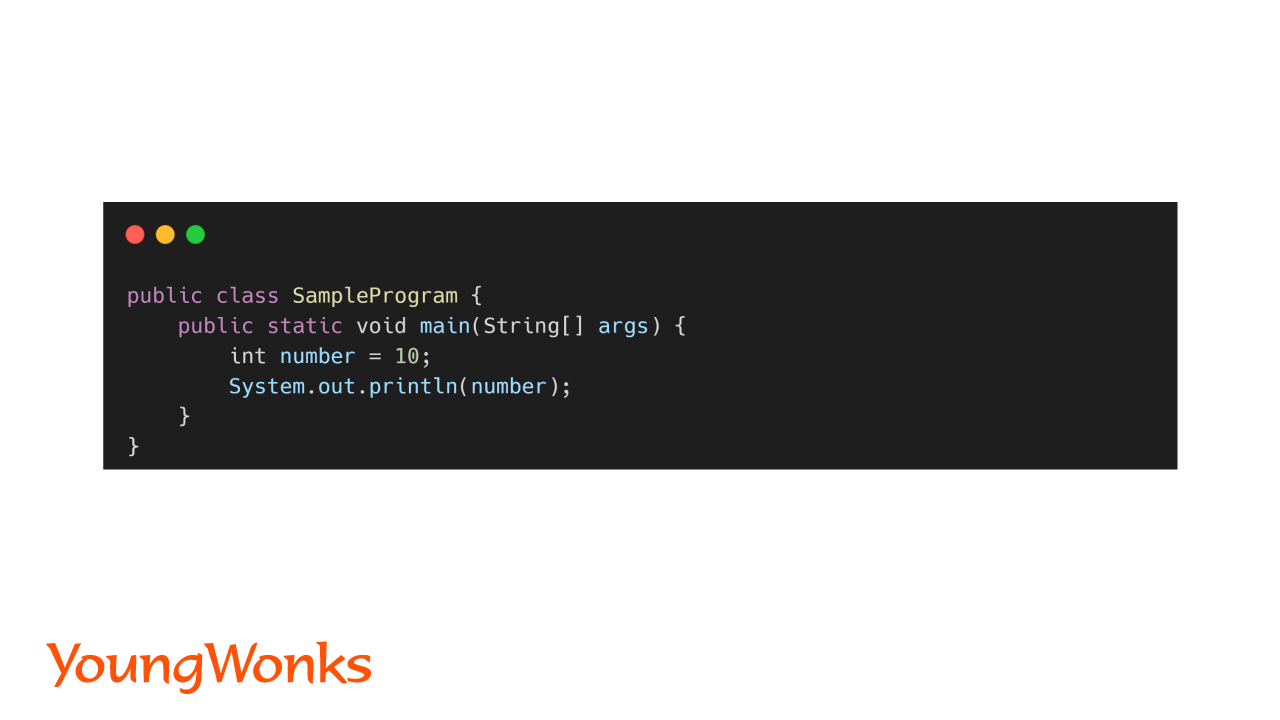 In the above code, System.out.println(number); prints the data stored in the number variable.

On the other hand, JavaScript is used with HTML and CSS for front end development. The following code explains how this client side scripting language helps us get an alert on the webpage when it is loaded. 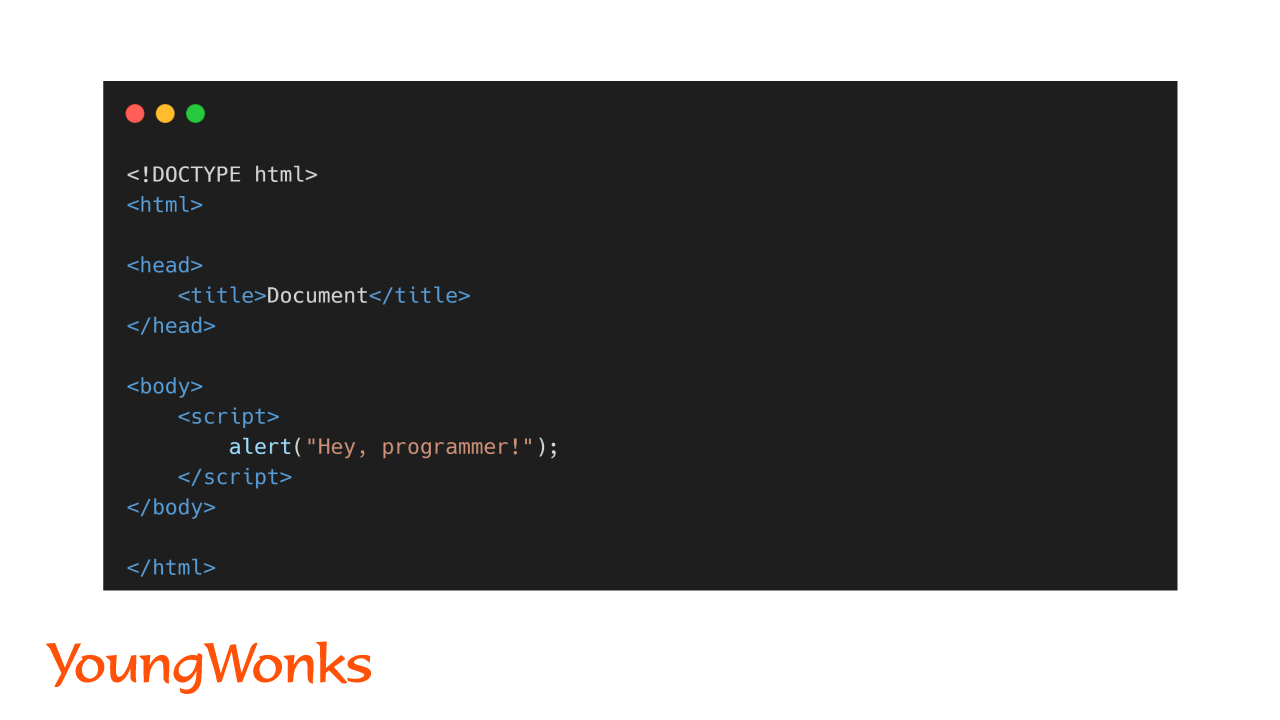 Let’s observe the key differences in the syntax.

Java allows the programmer to use eight primitive types (e.g. int, float, double) and built-in classes. Whenever data needs to be stored, the programmer must declare the variable and specify the data type. On the other hand, JavaScript is a dynamic typed language. In JavaScript, we can store values of any type in the variable and it won‘t complain.

Java applications include stand-alone applications, web applications, mobile applications and enterprise applications. Java offers applets that are special programs embedded in the webpage to create dynamic content. However, the modern web browsers do not support Java applets and instead rely on JavaScript code. Java is still in demand in the mobile app development sector and helps the programmers develop Android apps.

In frontend development, JavaScript is used with HTML and CSS to develop dynamic and responsive web pages. There are built-in APIs (like Geolocation API) that can be used by the developers according to their needs. There are hundreds of libraries and frameworks based on JavaScript that offer functionalities for frontend developers and full stack developers. For example, ReactJS framework by Facebook and Angular framework by Google let the web developers create components for reusability.

For backend development (also known as server-side development), Java has a host of frameworks and this object-oriented programming language is widely used to develop enterprise level web applications. Some of the backend frameworks include

A set of instructions that can be scheduled for execution is called a thread. The process of running such threads simultaneously is known as multithreading.

In Java, all the programs have at least one thread (called the main thread) provided by the JVM (Java Virtual Machine). Each thread has its own program counter, stack and local variables to maintain parallel concurrency. However, JavaScript is a single-threaded, non-blocking, asynchronous and concurrent programming language. In simple words, it means that

Even though there are languages like PHP and Python, Java and JavaScript remain in the top five programming languages. They might sound similar but they have their own advantages.

The major differences start to get visible when a programmer needs to pick one of the two. For web development, beginners should start from HTML and CSS before they learn JavaScript. Some of the JavaScript frameworks like ReactNative and Flutter offer Java’s write once, run anywhere approach to build apps for desktop, iOS and Android devices. For software development, one should learn languages like Python and JavaScript first before moving to Java as it is relatively difficult to learn.

For web development, you can read our following blogs:

To get started with Java, you can read our following blog:

What is sklearn Logistic Regression? Aug 14